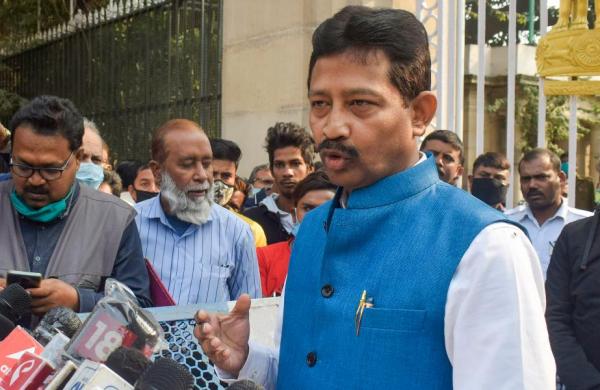 By PTI
KOLKATA: Shortly after resigning from the Mamata Banerjee cabinet, senior TMC leader Rajib Banerjee on Thursday said that he quit the state forest minister’s post as he was “deeply hurt” by the personal attacks aimed at him for airing grievances against a section of party leaders.

However, he declined to comment when asked if he plans to quit the party in the days to come. “I had grievances against some of the party’s senior members and informed the leadership about it. I also had a word with party supremo, but nothing happened. Instead, I was personally attacked by a section of the leaders,” he said.

This is to inform you that I am resigning as the Minister in Charge, Department of Forest, West Bengal from today. pic.twitter.com/dfVq6aVxUj
— Rajib Banerjee (@RajibBaitc) January 22, 2021

“I was deeply hurt by the personal attacks aimed at me. Hence, I resigned from the cabinet,” he told reporters after meeting Governor Jagdeep Dhankhar at Raj Bhavan.

The Domjur legislator said earlier, too, he had decided to quit the state cabinet, when removed as the irrigation minister without any notice, but Chief Minister Mamata Banerjee had stopped him from doing so back then.

However, he thanked the chief minister profusely, and said that he would always remain “indebted to her for allowing him to serve the people of the state”.