Deeply connected to the Indian-American community’, writes Joe Biden in Op-ed ahead of crucial US elections 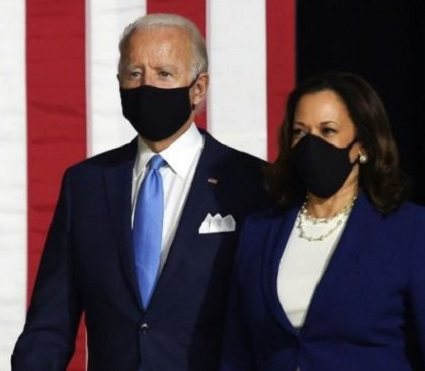 I have always felt deeply connected to the Indian American community because of the values we share which were passed down from my Irish ancestors who risked everything for a better life in America, said Democratic presidential nominee Joe Biden.

In an op-ed for Indiawest, Biden said he “always felt deeply connected to the Indian American community because of the values we share: duty to family and elders, treating people with respect and dignity, self-discipline, service, and hard work.” “For me, these values were passed down from my Irish ancestors who risked everything for a better life in America, and they have shaped me as a son, brother, husband, father, grandfather, and a man of faith and a lifelong public servant,” he said.

He further talked about the stories he has exchanged with Indian American staff over the years, about their families’ sacrifice.

“And I’ve seen how those shared values, that immigrant story, forged my lasting relationship with Indian American constituents in Delaware and with Indian American staff both in the United States Senate and in the Obama-Biden Administration, where we’d exchange stories of our families’ sacrifice and marvel that only in America would we be living their dream,” he said.

On her running mate Kamala Harris, Biden said that she “is smart, tested, and prepared. But another thing that makes Kamala so inspiring is her mother, Shyamala Gopalan. We feel Kamala’s pride when she talks about her. She was from Chennai, where her father, Kamala’s grandfather, was active in the fight for Indian independence.”