Debate on Motion of Thanks: Lok Sabha proceedings extended till midnight on Monday 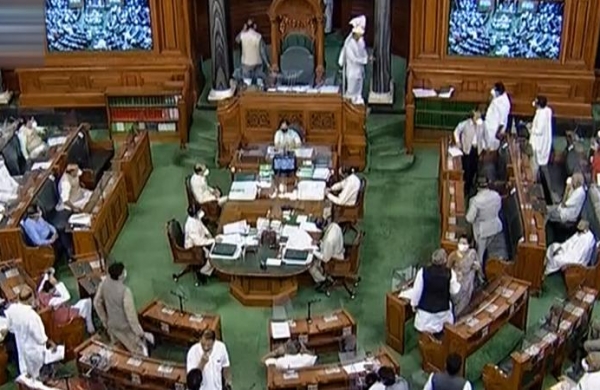 By PTI
NEW DELHI: Lok Sabha proceedings were extended till midnight to accommodate the long list of speakers participating in the Motion of Thanks to the President’s address.

Meenakshi Lekhi, who was presiding over the proceedings, said there is a long list of speakers participating in the debate and extended the time till midnight after taking the sense of the House.

After several days of impasse over the three new agri laws, the House resumed the debate on the Motion of Thanks on Monday evening.

The time allocated for the debate is 15 hours and it would continue on Tuesday.

Just before the House was to adjourn Parliamentary Affairs Minister Prahlad Joshi proposed that the Question Hour for Tuesday and Wednesday be done away with to accommodate speakers.

Speaker Om Birla took the sense of the House and approved the proposal.

In Lok Sabha, 4pm-5pm is reserved for Question Hour.