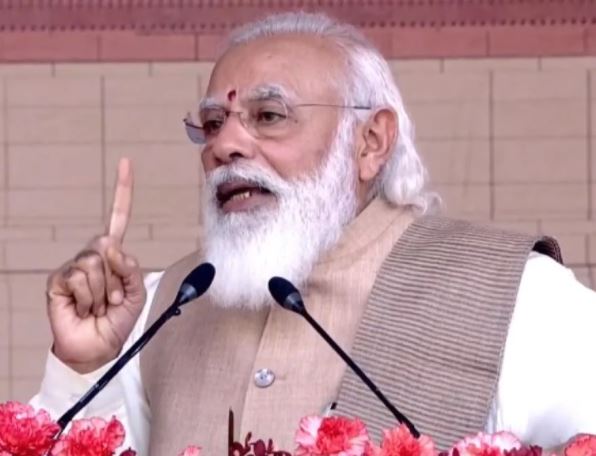 Till now, no solution has been found for the farmers’ movement in Delhi regarding agricultural laws. Several rounds of talks have been held between the government and farmer organizations but no result was found. In such a situation, on Friday morning, Prime Minister Narendra Modi made a special appeal to farmers through a tweet. In his tweet, he has also shared the video of the press conference of Union Minister Narendra Singh Tomar and Piyush Goyal. Explain that while the farmers’ organizations are insistent on withdrawing the agricultural laws passed by the Center in their demand, the government is talking to the farmers and insisting on amending the laws. Five rounds of talks, meeting with the Home Minister, farmers did not even agree on the written proposal and are adamant on their demand. After all this, on Thursday, Agriculture Minister Narendra Singh Tomar again explained the government’s stance in detail. This is the video shared by PM Modi on his Twitter account. Has Must listen to it

Describing the dialogue as essential for resolving any issue, PM Modi had given a special message on the previous day while laying the foundation of the new Parliament House and said the lesson of Guru Nanak Dev to everyone.

PM Modi said that dialogue should go on and discussion should continue. On Thursday, Union Agriculture Minister Narendra Singh Tomar assured farmers that the MSP will continue, APMC will be strong. Apart from this, if there is any doubt in the law, then the government will discuss every issue and resolve it and solve the problem of farmers. On the proposal given by the government, the Agriculture Minister said that farmers should consider it once again. He also said that the government is not keeping any ego, we are talking with an open mind.