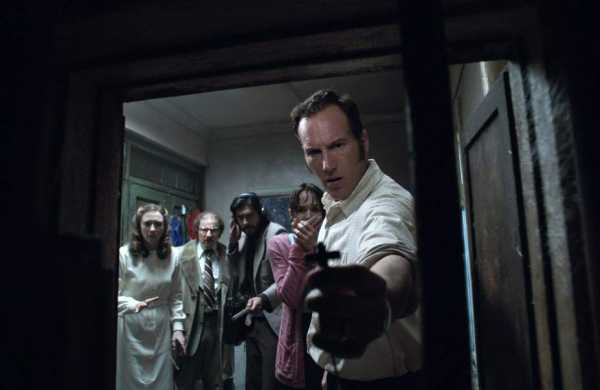 By ANI
WASHINGTON: DC Comics is launching something which will definitely send chills down your spine! The comic books company is launching a brand new 17+ horror imprint, ‘DC HORROR’. To make its launch even more terrifying, the imprint will debut a limited series connected to ‘The Conjuring’ franchise.

The series is co-written by ‘The Conjuring 2’ and ‘The Conjuring: The Devil Made Me Do It’ screenwriter David Leslie Johnson-McGoldrick and New York Times best-selling author Rex Ogle.

It will feature art by Garry Brown, the main cover art from Bill Sienkiewicz, and a variant cover by Ryan Brown. Series artist Garry Brown will also offer a 1-in-25 “ratio” variant cover.

“From early titles like House of Mystery and House of Secrets to current series featuring Swamp Thing and John Constantine: Hellblazer, DC has always been the home of great horror comics and characters,” said Marie Javins, DC editor-in-chief, in a statement provided to The Hollywood Reporter.

“DC HORROR continues this tradition with new frightening tales from both well-known and new storytellers that will keep fans spooked and entertained,” added Javins.

The series will follow Jessica, a college freshman returning to campus after winter break, who is grappling with anxieties over last semester’s poor grades, facing a boy she wishes she’d never slept with, and an undeniably unnerving feeling of being watched.

For Conjuring fans fascinated and terrified by the dreaded artifact room of Ed and Lorraine Warren, more stories await with this new series as well.

The first issue will feature a backup story exploring the frightening origin of one of the items from the Warrens’ haunted artifact room, written by ‘Dark Nights: Death Metal’ creator Scott Snyder, with art by Denys Cowan. In the series’ second issue, writer Che Grayson and artist Juan Ferreyra provide another tale of a cursed item from the artifact room.

‘The Conjuring’ universe, led by director James Wan, has had seven feature films release. The franchise started with ‘The Conjuring’ starring Patrick Wilson and Vera Farmiga.

The series has spun off into the three films in the ‘Annabelle’ series, as well as solo movies ‘The Nun’, and the ‘Curses of La Lorna’. ‘The Conjuring: The Devil Made Me Do It’ from director Michael Chaves will be released later this year, with a sequel for ‘The Nun’ and a new film called ‘The Crooked Man’ also in development.

The new comic miniseries will expand the world of The Conjuring with all-new stories.