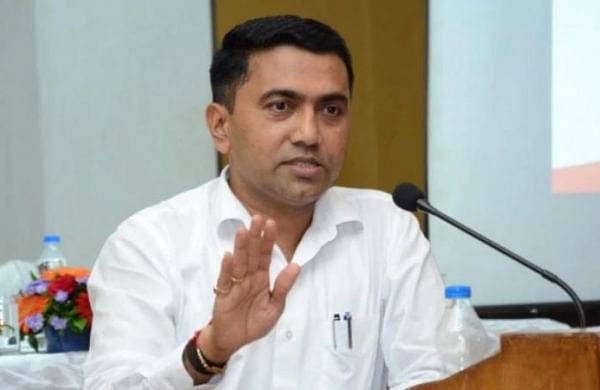 PANAJI: Goa Chief Minister Pramod Sawant, whose party BJP has won 20 out of 40 seats in the state assembly polls, on Friday held a meeting of his cabinet, during which it was decided to recommend dissolution of the House on March 14.

State Health Minister Vishwajit Rane told this to reporters after the cabinet meeting. “We met to thank the people for a resounding victory of the party. During the meeting, a resolution was moved to thank the people of the state. The meeting chaired by CM Sawant decided to recommend to the state governor dissolution of the House on Monday,” he said.

The tenure of the present assembly is scheduled to end on 15 March. Talking to reporters after the meeting, state Revenue Minister Jeniffer Monserratte said the cabinet will also be dissolved on Monday.

Overcoming anti-incumbency, the BJP on Thursday emerged as the single largest party in the coastal state by winning 20 assembly seats, just one shy of the halfway mark, and quickly enlisted the support of regional outfit Maharashtrawadi Gomantak Party (MGP) and three Independent MLAs to form its government for a third consecutive term.

The party is yet to stake claim to form the government. Its central observers are expected to arrive in Goa on Friday, after which the new legislature wing will meet to decide its leader.

BJP’s Goa election in-charge Devendra Fadanavis had told reporters last evening that the decision on leadership and timing of swearing-in of the new cabinet will be decided by the party’s parliamentary committee.