Daughters are unsafe in Congress rule, 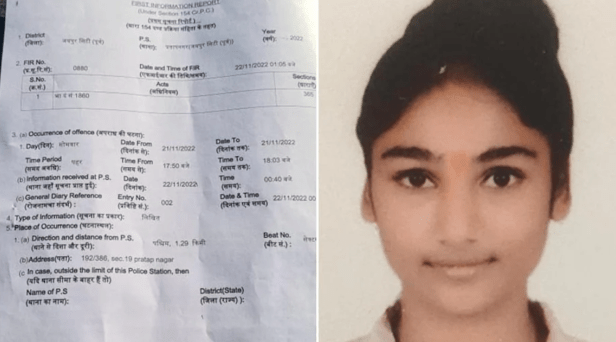 When the Ashok Geholat government of Congress in Rajasthan cannot provide security to the daughter of its leader and former minister in the state capital Jaipur, then the security of the daughters of common people can be gauged. The daughter of Congress leader Gopal Kesawat, former president of the Ghoomantu-Ardhaghumantu Welfare Board, is missing since Monday (November 21) evening. In this case, Gopal had registered a case of kidnapping of daughter Abhilasha at Pratap Nagar police station late on Monday night. So far the police have failed to trace Abhilasha. After the kidnapping of the daughter, Gopal Kesawat reached the police commissioner’s office with the photo of the daughter. For the demand of safe return of the daughter, sitting outside her office, she started protesting. During this, he started crying bitterly in front of Additional Commissioner of Police Ajay Pal Lamba. The police is continuously beating hands and legs in the case, but no clue has been found so far. Like this:Like Loading…Continue Reading