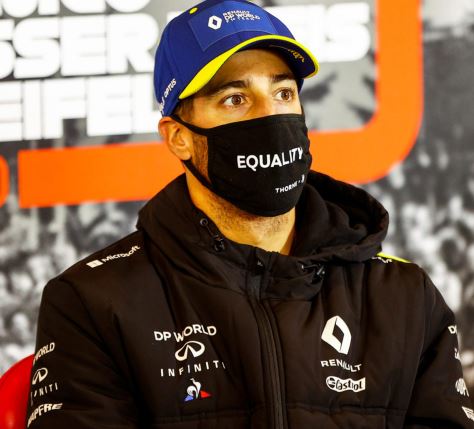 Bahrain Grand Prix witnessed one of the most horrifying accidents of this century. Romain Grosjean’s car turned into a fireball as he lost control and darted straight into the barriers. The car broke into two halves, but Grosjean miraculously leapt out of the fire with minor burns on his hands and ankle.

This incident happened at turn 3 of the first lap, and the session was immediately red-flagged. The barriers had to be rebuilt as the fire from the crash had melted them down.  As the drivers were back at the pit stop, Formula 1 continuously replayed the crash on every screen.

According to Ricciardo, the coverage was handled very poorly. He felt like the incident was being treated like a game when it was so far away from it. Formula 1 drivers risk their lives every time they get into their cars, and to see an unfortunate incident so widely covered did not sit well with Ricciardo.