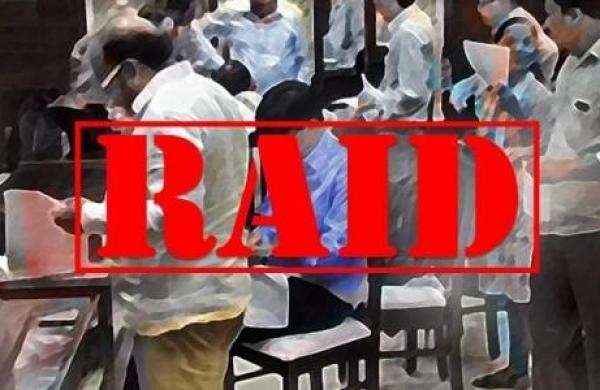 By Express News Service
NEW DELHI: In an oblique reference to its searches conducted at the offices of media houses Dainik Bhaskar and Bharat Samachar, the Income Tax Department has alleged tax evasion of Rs 900 crore was discovered during the raids on Thursday.

In two separate statements issued on Saturday, although no names were mentioned, there were hints to suggest the IT department was mentioning searches in the office of Dainik Bhaskar and Bharat Samachar, which attracted huge criticism. These two media houses in their reporting were critical of the way the government had handled the second wave of Covid-19.

The first statement of the department spoke of the raids on a prominent business group, involved in businesses in various sectors, including media, power, textiles and real estate, with a group turnover of more than Rs 6,000 crore per annum.

“The group has more than 100 companies including the holding and subsidiary companies. During the search, it was found that they have been operating several companies in the names of their employees, which have been used for booking bogus expenses and routing of funds,” the statement said.

“The quantum of income escapement using this modus operandi, detected so far, amounts to Rs 700 crore spread over a period of 6 years. However, the quantum may be more as the group has used multiple layers and investigations are being carried out to unravel the entire money trail,” the department said in the first statement that seemed centered on the raids on Dainik Bhaskar Group.

“The listed media company does barter deals for advertisement revenues, whereby immovable properties are received in lieu of actual payments. Shreds of evidence have been found indicating cash receipts in respect of the subsequent sale of such properties. This is under further examination,” the IT department added, without taking names.

The tax department also said that it detected cyclical trading and transfer of funds among group companies engaged in unrelated businesses to the tune of Rs. 2,200 crore.

In a separate statement, it said that it conducted a search operation on July 22 on a group in Uttar Pradesh dealing in mining, hospitality, news media, liquor, and real estate.

Confirming the search in Lucknow, Basti, Varanasi, Jaunpur, and Kolkata, office, it claimed that “Cash of more than Rs 3 crore has been seized and 16 lockers have been placed under restraint.”