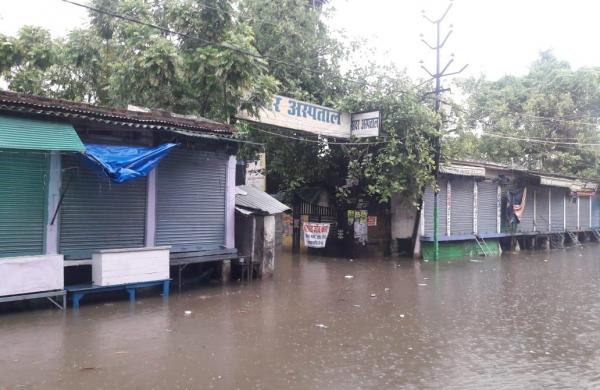 Express News Service
PATNA: Continuous rain coupled with high speed wind due to Cyclone Yaas has caused massive water logging across Bihar. According to reports reaching here, more than four persons have died due to lightening and house collapse in the last 24 hours.

Local areas in Patna are affected with unclean water inundating several streets and power supply remaining snapped for many hours on Thursday. In many low-lying areas of the capital city, the water logging has led to power failure and most communication channels were reportedly disrupted.

Many trees were left uprooted and huts and shanties have collapsed obstructing the movement of people. The Patna airport has suspended all flight operations till Friday early morning. “Bihar is witnessing such devastating effects of the cyclone after a very long time The rains will continue for the next 28 hours,” a state government official told The New Indian Express.

In neighbouring Hajipur, the Vaishali district has turned into a floating city. “The water has entered the hospital premises and there’s no way it will get cleared soon,” said a local Ambar Kumar.

The government agencies, including the Patna Municipal Corporation and other related agencies in other districts have engaged all their man force to clear the devastation caused by the continuous downpour.

ALSO WATCH | Why are cyclones more frequent in India this year?