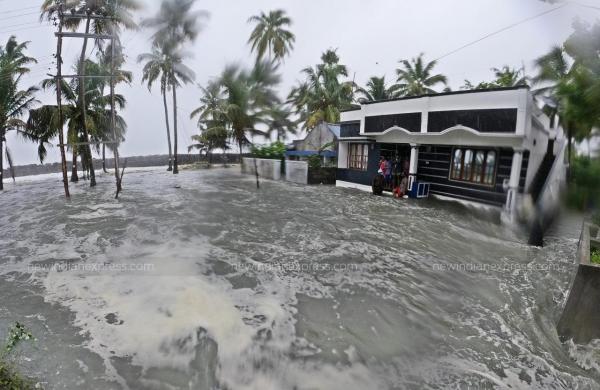 By PTI
PANAJI: The Goa government has put in place various measures in view of the IMD’s warning about cyclone Tauktae, officials said on Saturday.

Chief Minister Pramod Sawant said a team of the National Disaster Response Force (NDRF) comprising 22 personnel has reached the state, and control rooms are also set up at the district and taluka level, which would remain functional round-the-clock.

As per the India Meteorological Department’s (IMD) prediction, Konkan and Goa are expected to receive heavy to very heavy rainfall on May 15 and 16 as the weather condition is very likely to intensify into cyclonic storm Tauktae.

The Goa Fire and Emergency Services said it has kept its personnel ready to tackle the situation.

“We have kept our force ready to face any kind of eventualities arising out of the cyclone,” its director Ashok Menon told PTI.

The Emergency Services, with its force of 800 personnel, have taken proactive steps in this regard, he said.

“The cyclonic winds and rains that lashed the state on Friday did not cause much damage,” Menon added.

The disaster management response forces of the state’s two districts – South Goa and North Goa – led by the respective collectors, held meetings on Friday to check the preparedness.

According to officials, the impact of the cyclone is likely to be less severe given that a curfew is in place in the state till May 24 due to the coronavirus situation.

“Due to the curfew, all the restaurants and regular activities in the coastal belt are shut. People are also not allowed to move on the beaches.

This will help in ensuring that the impact of the cyclone remains minimal,” he said.

Sanguem tehsil in South Goa witnessed several incidents of falling of trees due to cyclonic winds on Friday.

In a video message, the chief minister said, “Lifesaving machinery on beaches has been activated under the state Tourism Department”.

He said the NDRF is working in coordination with state departments including Electricity, Water Resources, and the Disaster Management Cell.

Sawant said the state has already issued directions to various sectors including Fisheries.

Fishermen have been advised against venturing into the sea for the next three days.

He asked people living in the coastal belt and near banks of rivers to remain alert and take precautions.

“A communication plan with early warning and alarm has also been activated. State Ports department has alerted all ships,” the CM added.