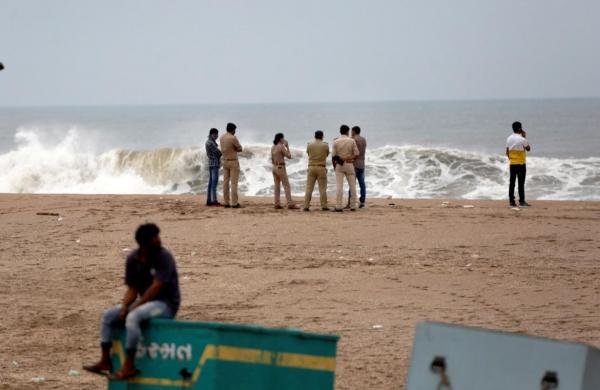 By ANI
PANAJI: Goa Chief Minister Dr Pramod Sawant on Monday spoke to Union Home Minister Amit Shah regarding the impact and devastation caused by the Tauktae cyclone in the state.

“Spoke to the Union Home Minister Shri @AmitShah ji regarding the impact and devastation caused by the Tauktae cyclone in the state of Goa,” said the Goa CM in a tweet.

He further said that the Home Minister inquired about the damage and assured of full support to the state.

“Hon’ble HM inquired about the widespread damage caused by the cyclone in the state and assured full support of all Central agencies to the State for returning to normalcy. We will provide all necessary assistance to Goans impacted by the cyclone,” he added.

The Goa CM also held a virtual meeting and directed all the State Government Departments to work on war footing to restore essential services and also assess the damage in detail.

Earlier on Sunday, the Chief Minister had said that two deaths were reported in Goa due to the cyclone.

The cyclone, which nearly touched Goa, has caused as lot of damage in the state.

“More than 500 trees have fallen. There were major road blocks also. Around 100 major houses and 100 minor houses were damaged. Huge damage has been caused to the electricity department. The fire department, Home department, PWD department, and electricity department along with the disaster management team have been working since morning. I believe it will take two days to streamline everything. The power supply is disrupted. Roads are blocked. We are clearing the main road first,” said the chief minister.

“By the grace of God, our COVID hospitals’ power supply was not interrupted,” he added.

The Chief Minister further announced that the families of the deceased will be provided support from the disaster relief fund.

Speaking about the cyclone, he said: “We have to be alert for another two days. The cyclonic winds will continue on May 16 and May 17. The major impact has been on Bardez in North Goa and Mormugao in South Goa.”

Earlier, the Indian Metrological Department (IMD) had stated that Cyclone Tauktae is likely to intensify into a very severe cyclonic storm within the next 24 hours and that it will cross the western coast of Gujarat in the early morning of May 18.

Thousands of people were evacuated from low-lying areas along its western coast as Tauktae is expected to make landfall in Gujarat. IMD DG Mrutyunjay Mohapatra informed that the cyclone is very likely to cross the Gujarat coast between Porbandar and Mahuva in Bhavnagar district.