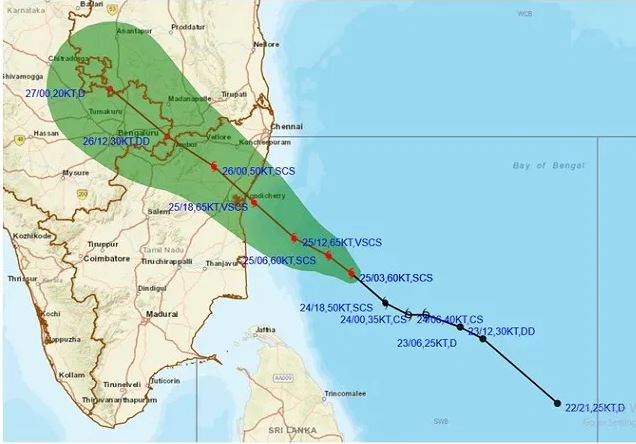 Cyclone Nivar is likely to cross between Mamallapuram and Karaikal during midnight of Wednesday and early hours of November 26, as per India Meteorological Department (IMD).

Gauba said that our aim should be to ensure that there is no loss of life, damage is minimum and normalcy is restored in power, telecom and other important sectors in the shortest possible time.

The chief secretaries informed the NCMC about their preparedness. IMD Director General Mrutyunjay Mohapatra briefed the committee about the latest situation of Nivar cyclone.

NDRF DG informed about the preparedness to meet the situation in next three days and said that 30 teams of NDRF have so far been deployed and 20 additional teams have been kept on standby for Tamil Nadu, Puducherry and Andhra Pradesh.

The chief secretaries informed the NCMC about their preparedness, while the IMD DG briefed the committee about the latest situation of the cyclone.