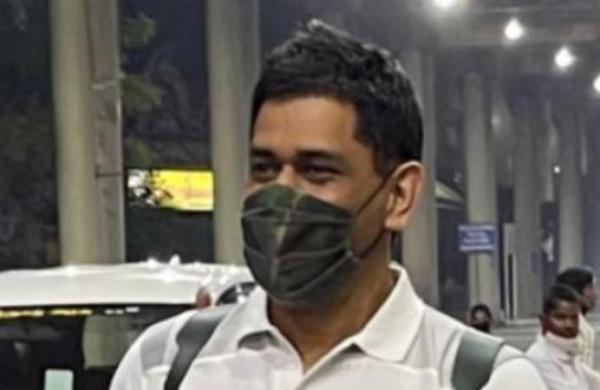 By PTI
CHENNAI: Chennai Super Kings captain Mahendra Singh Dhoni has landed here to take part in the team’s training camp likely to begin on March 9 in the lead-up to the upcoming season of the Indian Premier League (IPL).

The former India captain arrived here late on Wednesday and will serve a five-day quarantine.”

Former India batsman Ambati Rayudu also reached Chennai on Wednesday while the Tamil Nadu players in the squad will be joining a little later.

The camp is likely to get underway from March 9, CSK CEO K S Viswanathan said, adding the players who are available would take part in it.

“Yeah… the camp is likely to start from March 9. Whoever is available would take part in the training sessions,” he told PTI.

“The players will undergo five-day quarantine before they start training. Also, they will have to return three negative tests..,” he added.

The Indian players in the CSK will be a part of the camp, he said, adding they would be arriving in batches.

The schedule and venues for the 14th edition of IPL have not been confirmed yet.

It also roped in a few others including Tamil Nadu batsman C Hari Nishaanth, Harishankar Reddy and Bhagath Varma (all for Rs 20 lakh).

The team did not fare well in the last IPL, failing to qualify for the play-offs for the first time ever.