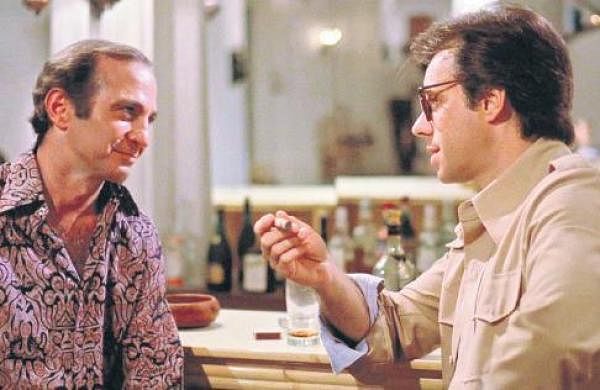 Veteran director and actor Peter Bogdanovich, who gained prominence during the Hollywood Renaissance of the ‘70s, has passed away at the age of 82. A curator, former film critic and journalist, he leaves behind a stellar filmography featuring acclaimed works like Paper Moon, Saint Jack, What’s Up Doc? and The Last Picture Show.

Bogdanovich was also equally famous in the international film festival circuit, winning an array of wins and nominations at Cannes, Venice, and the Berlinale across the ‘70s and ‘80s. Starting from 1976’s Nickelodean which got a Golden Bear nomination, to the George Lazenby-starrer Saint Jack, which got the Golden Lion Award for the filmmaker in 1979, the decade was filled with successes for him. But unquestionably, Bogdanovich’s The Last Picture Show is considered to be his greatest work by a lot of film critics and fans.

Bogdanovich’s passing was mourned by fellow filmmakers and actors. In his tribute, director Martin Scorsese wrote, “In the ‘60s, at a crucial moment in the history of the movie business and the art of cinema, Peter Bogdanovich was right there at the crossroads of the Old Hollywood and the New. Curator, critic, historian, actor, director, popular entertainer…Peter did it all.

As a programmer here in New York, he put together essential retrospectives of then still overlooked masters from the glory days of the studio system; as a journalist, he got to know almost everybody, from John Ford and Howard Hawks to Marlene Dietrich and Cary Grant. Like many of us, he made his way into directing pictures by way of Roger Corman, and he and Francis Coppola broke into the system early on: Peter’s debut, Targets, is still one of his very best films.

With The Last Picture Show, he made a movie that seemed to look backward and forward at the same time as well as a phenomenal success, followed quickly by What’s Up Doc? and Paper Moon. In the years that followed, Peter had setbacks and tragedies, and he just kept going on, constantly reinventing himself. The last time I saw Peter was in 2018 at The New York Film Festival, where we appeared together on a panel discussion of his old friend Orson Welles’ The Other Side of the Wind (in which Peter gives a great performance, and to which he dedicated a lot of time and energy throughout many years). Right up to the end, he was fighting for the art of cinema and the people who created it.”

His Hollywood contemporary Francis Ford Coppola, with whom he partnered with Paramount Pictures in the 1970s to produce and direct films, shared a heart-warming statement to Deadline. “Oh dear, a shock. I am devastated. He was a wonderful and great artist. I’ll never forget attending a premiere for The Last Picture Show. I remember at its end, the audience leapt up and burst into applause lasting easily 15 minutes. I’ll never forget although I felt I had never myself experienced a reaction like that, that Peter and his film deserved it. May he sleep in bliss for eternity, enjoying the thrill of our applause forever.”

In an Instagram post, Paper Moon actor Tatum O’Neal wrote, “Peter was my heaven & earth. A father figure. A friend. From Paper Moon to Nickelodeon he always made me feel safe. I love you, Peter.”Bogdanovich’s peer and friend, filmmaker Guillermo del Toro tweeted, “He was a dear friend and a champion of Cinema. He birthed masterpieces as a director and was a most genial human. He single-handedly interviewed and enshrined the lives and work of more classic filmmakers than almost anyone else in his generation.”

He continued, “He became a close friend and was active and brilliant to the end. He was working on a beautiful screenplay and to talk about the craft and ideas for it was delightful. A pure cinephile – Please watch Paper Moon tonight. Or The Last Picture Show, or What’s Up Doc? or Targets…so he can stay alive in them, and to remember all he achieved as a filmmaker. And if you can, please read his beautiful books: Who The Devil Made It, Who The Devil Is In It, Movie of the Week, etc, etc for they are love letters to Cinema – to its scale and ambition.”

Finally, del Toro said, “It was my honour to meet Peter and to share time with him. If you know his work, please honour him. If you don’t, please get acquainted with it.” Director Rod Lurie wrote, “He was a brilliant director (Saint Jack is the masterwork you may not know) and also a marvellous film critic and author. In many ways, he was the North Star of my career.” RIP.”