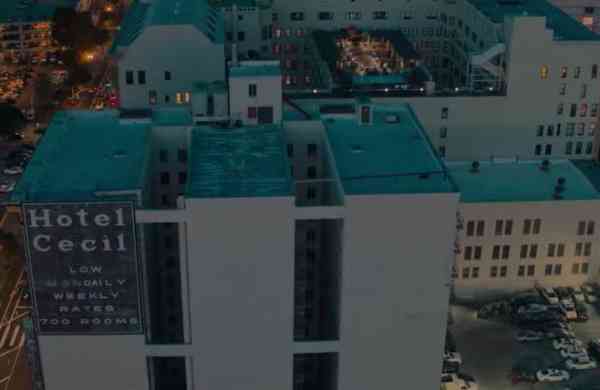 By Online Desk
‘Is there a room here that somebody hasn’t died in?’ says the manager of Cecil Hotel in the trailer of this new true crime series by Netflix.

Netflix is giving its users a gritty, dark and mysterious series to binge on this Febraury. The trailer of ‘Crime Scene: The Vanishing at the Cecil Hotel’ was released on January 26.

The docuseries focuses on the history of Cecil Hotel in Downtown Los Angeles, US, which is known to many locals and tourists as ‘LA’s deadliest hotel’.

The latest chapter in the Cecil’s history involves the disappearance of college student Elisa Lam. The 21-year-old Canadian college student was later found naked and dead inside a water tank on the roof of the Cecil Hotel in 2013, as reported by Los Angeles Times.

But how did it happens?

Set to release of February 10, the investigative thriller aims to unravel the mysteries behind the death of the student and what followed next.

‘Go inside what some call LA’s deadliest hotel in the new docuseries Crime Scene: The Vanishing at the Cecil Hotel on February 10.’ wrote popular entertainment streamer Netflix on Twitter.

The crime series will also dive into the ‘notorious history’ of the ‘infamous hotel’, which was once the rest stop of well-known serial killer Richard Ramirez, also known as ‘Night Stalker.’