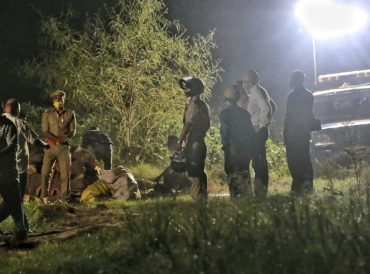 The decision of cremating the Hathras victim’s body in the night is an “infringement” of her human rights, said Allahabad High Court on Tuesday (October 13).

The Bench, which took suo moto cognizance of the Hathras incident and heard the case on Monday, said that the victim was at least entitled to decent cremation in accordance with her religious customs and rituals which essentially are to be performed by her family. As of now, ex facie, reveal that the decision to cremate the victim in the night without handing over the body to the family members or their consent was taken jointly by the administration at the local level and was implemented on the orders of the District Magistrate, Hathras. This action of the State Authorities, though in the name of law and order situation, is prima facie an infringement upon the human rights of the victim and her family,” the Bench stated in its order.

On October 1, the Lucknow bench of Allahabad High Court has taken suo moto cognizance of the Hathras incident and has sought response from state DGP and other senior officials.