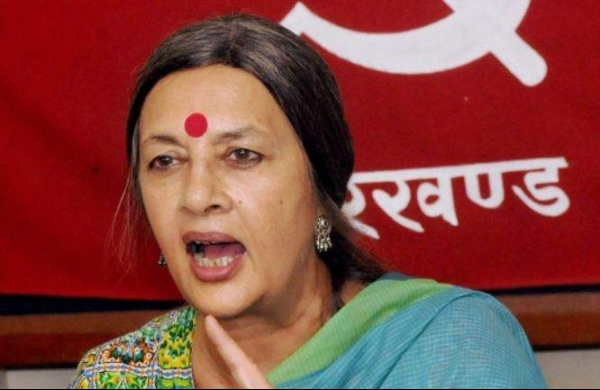 By PTI
NEW DELHI: CPI(M) politburo member Brinda Karat has written to Union Rural Development Minister Narendra Singh Tomar, questioning the intent behind an advisory sent to states to segregate wage payments under the MGNREGS into separate categories for Scheduled Castes, Scheduled Tribes and others.

In the letter, she notes that the advisory mandates the states to ensure social categorisation in every aspect of the implementation of the law — from the projected expenditure for anticipated demand among SC/ST households in the labour budget, to separate state-level accounting for wage payments to SC and ST categories and utilisation certificates among other things.

Karat said the advisory did not explain the reason “for this extreme bureaucratisation” which, she alleged, will affect the SC/ST sections who will become “victims” to these separate accounting and banking procedures.

“Why is this necessary? The advisory to state governments does not give any cogent reason for this. However, there is a sentence in the advisory which raises serious doubts as to the intent of the government.

It is stated: ‘All stakeholders may ensure action in a time bound manner so that funds may be released accordingly’,” she wrote.

The MNREGA is a universalised programme for any adult living in rural India who is willing to do manual work.

The budgetary provisions are made for the implementation of the law as a whole, Karat said.

“Thus, this cannot be determined by any new interpretations of the law to introduce a policy of divisible allocations by social categories, which is what the advisory appears to be.

In a demand-based universal programme for provision of work, allocations can only be based on expected demand for work.

Linking categorization with allocations will undermine the basis of the law which, as stated above, is both demand based and also universal in its eligibility criteria.

We therefore request you to clarify why this has become necessary,” she said.

Karat also asked why the advisory was issued without a discussion in any public domain.

She alleged that it has not been discussed in Parliament or even put to the Standing Committee on Rural Development.

“It should not be implemented without such a discussion,” she said.