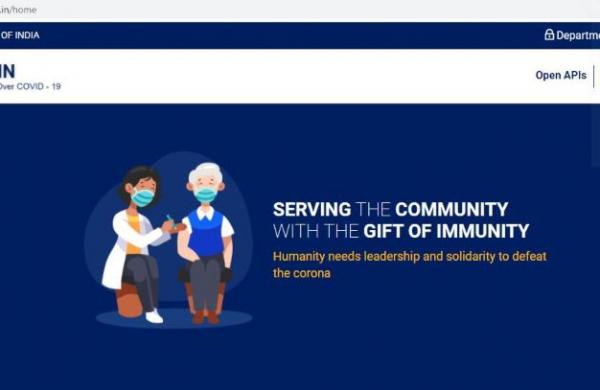 Express News Service
NEW DELHI: The Union government has adopted a decentralised and liberalised policy for COVID-19 vaccination but has maintained that the CoWin portal — the software tool guiding the initiative — will remain central to the inoculation drive.

Under the new policy, states and private hospitals have been allowed to procure 50% doses directly from the vaccine makers which will be used for vaccinating the 18-44 age group while the Centre will procure the rest and distribute it among states to inoculate the 45-plus population.

The Centre, while sharing the policy brief with states recently, however made it clear that all vaccination related data will mandatorily have to be updated on CoWIN in real time and the young beneficiaries can only access the jabs after registering on the portal in advance.

“All vaccination (through Govt. of India and other than Govt. of India channel) would be part of the national vaccination programme, and mandated to follow all protocols such as being captured on CoWIN platform, linked to AEFI (Adverse Event Following Immunisation) reporting and all other prescribed norms,” the Centre told the states in a document issued last week.

It added that stocks and price per vaccination applicable in all vaccination centres will also have to be reported real-time.

Experts, however, are divided on the emphasis on CoWin with some saying that focus on this technological tool creates an urban bias in access and may restrict the flexibility of states while others say that a centralised database will help in many ways.

R Ramakumar, an economist attached with the Tata Institute of Social Sciences in Mumbai, feels that as the socioeconomic situation in India is diverse, it would be most appropriate if states are given the autonomy to decide on the mode of distribution of vaccines.

He explained that only those voluntarily registering on CoWin get vaccines under the planned norm.

“Instead, if states want to lead a door-to-door vaccination drive, administration becomes difficult. Further, if states are being asked to spend money and buy vaccines directly, will it not be more appropriate to leave the mode of vaccination also to them?” he asked.

He also pointed out that technocrats are trying to make things more difficult for people by trying to integrate Aadhaar with CoWin and experiment with unproven technologies like face recognition using the app.

“These efforts are just inhuman, when the time demands that you remove all barriers to vaccination of people. These will only tend to exclude millions of people from vaccination, resulting in much social costs,” Ramakumar said.

Virologist and vaccine expert Shahid Jameel from Ashoka University meanwhile said that while CoWin is easy to use and the platform works, the purpose may be lost in the absence of enough stocks.

“The key thing is supply and ideally states should be putting their vaccine availability in the system for it to generate appointments. It would be a disaster if every state had its own system,” he said.

Some specialists stressed other merits of a centralised database for vaccination.

“Its advantage includes tracking of infections among the vaccinated along with reinfections and a mechanism against diversion of designated doses to the private market or black market,” said public health researcher Oommen C Kurian.

He, however, added that the age group expansion is not a good idea given the supply constraints.