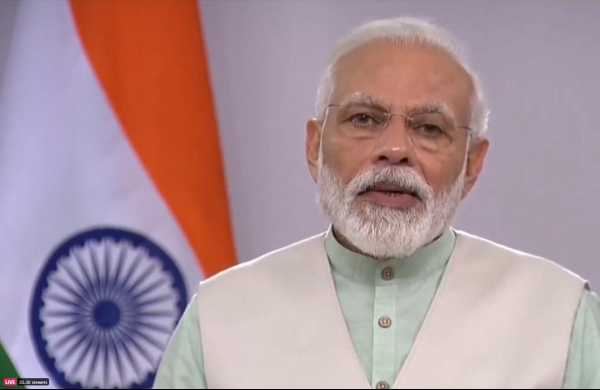 By Express News Service
NEW DELHI: Prime Minister Narendra Modi on Monday assured Chief Ministers that the Centre will fully bear the expenses of vaccination against Covid-19 for nearly 3 crore healthcare and frontline workers in the first phase as the government inked the first purchase agreement with the Serum Institute of India.

The confirmation by the PM ahead of the Covid-19 vaccination roll-out, planned for Saturday, came on the day the Centre signed a deal with Pune-based SII, which is manufacturing Covid-19 vaccine by Oxford University-AstraZeneca in India, to supply it nearly 11 million doses, costing Rs 200 each, in the first go.

The Centre also signed a purchase agreement with Bharat Biotech for about 4 million doses. The cost of each dose of the vaccine, said sources, is nearly Rs 300.

SII’s Covishield along with Bharat Biotech’s Covaxin have been granted restricted emergency use permission under the accelerated approval process of the Central Drugs Standards Control Organization.

The first phase of vaccination will target those above 50 and younger people with serious comorbidities, after the most prioritized group consisting of healthcare and frontline workers is inoculated with two doses each.

In the meeting with CMs, PM also said that politicians should not jump the queue, insisting that people’s representatives such as MPs and MLAs should not get the vaccine in the first phase and asked states to ensure that no rumours are spread against vaccination as the massive drive kicks off.

“Health workers – government as well as private – will be vaccinated first of all. Sanitation workers, other frontline workers, defence forces, police and other paramilitary forces will also be vaccinated in the first phase,”

Vaccine rollout will begin from January 16 with the help of 61,000 programme managers, 2 lakh vaccinators and 3.7 lakh other vaccination team members, CMs were informed and were also apprised that the priority of vaccination has been decided as per the advice of the experts and scientific community after consultation with the states.

The PM also underlined that the vaccination drive in India is also significant since several other countries are going to follow the country.

The vaccination for Covid-19 has been going on in about 50 countries since past 3-4 weeks, and till now, only about 2.5 crore people have received the vaccination, he said, highlighting that India, on the other hand, has set an ambitious target of vaccinating nearly 30 crore people in the next few months.

Modi further said that proper mechanisms have been put in place in case a person feels discomfort due to the vaccine, adding that such a mechanism is already in place for a universal immunization programme, and it has been further strengthened for this vaccination drive.