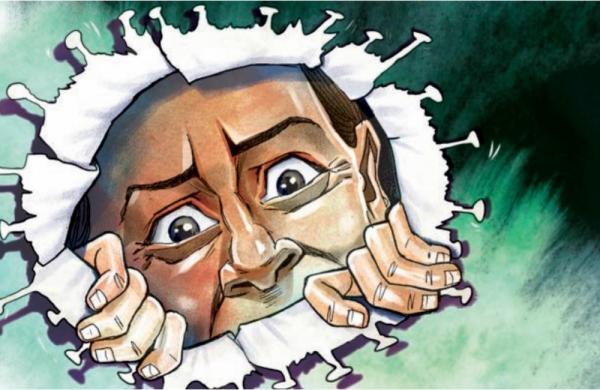 Express News Service
The second wave has been brutal. When will it end? What about the herd immunity that was talked about? And how vital is our vaccination drive? With cases surging and worries too, The New Indian Express spoke to leading virologist Dr T Jacob John to gain a better understanding. Excerpts from the interview:

Has the scale and speed of the second wave of Covid-19 pandemic in India taken you by surprise or will you say it was always expected?

Yes indeed, the scale and speed of spread in second wave took me by surprise. That was because I, like everyone else, was under the impression that India had only the “founder variant” Wuhan virus, which was later (April-May 2020) replaced by “D614G” variant.  I was sure that D614G cannot cause a second wave. And it did not. The second wave is mostly being driven by new variants — UK (B.1.1.7), South Africa (B.1.351) and Brazil (called B.1.28 and as P.1) variants plus two so-called Indian variants (B.1.617 and B.1.618), possibly others. We also had B.1.36 (called N440K). These crept up but no one was checking for these variants — and government, ICMR, INSACOG, the three responsible agencies failed India. Why no one was watching out is not known but the ultimate place where the buck must stop is the National Disaster Management Agency, which is directly under Union Government. We saved a lot of funds by not establishing virology labs/employing virologists in the Health Management System and now we pay its price in the virus surprising everyone.

The second wave of infections has been even worse in terms of the impact as the country was largely unprepared in terms of health infrastructure and resources like oxygen despite battling the pandemic for over a year. Where do you think we went wrong?

In normal times, the healthcare infrastructure was always overstretched — we have only 1/6th of the required hospital beds; 2/3rds of doctors and 3/4ths of nurses. Do you not remember that in Gorakhpur, some years ago, many children had died due to oxygen shortage and one paediatrician was penalized for it? Even during the first wave, our healthcare resources were overstretched. So, the suboptimal healthcare infrastructure could not cope with the sudden surge in demand. I hear rural areas are badly affected, but that does not come in the news. Our budget for human health should optimally be at least 7-8% of national GDP, but actually it is only some 2%, or about a quarter (of that). We get what we pay for.

The official fatality rate is under 1.2 % but it’s clear that deaths due to Covid-19 are being hugely undercounted. What is your understanding of the situation from metros, small cities and even villages?

What difference does it make if it is higher? Will it change the way Covid management is approached? No. Then why seek accuracy when no other data has accuracy? The overall death rate is low in India for three reasons. One gross under-reporting; second, demographic advantage, with 30% of population below 15 years and only 30% above 45 years. Only 5% are over 65 — in Europe and US it is 13-15%. Death will be low in a younger population. Third, all those vulnerable to die from communicable diseases have probably died already because India has no communicable diseases control programme. There is no policy even to control TB, only to treat TB for mortality reduction.

If the government will not create policies based on data, then having data will not help. Data collection is also expensive. India has lived all these years without data, reliable or validated, so why this need for data now? I am being rather “cynical” because I have been writing about these lacunae for decades but no other scientist or public health person has supported the demand for a system to have data to drive policy and responses.

Till a couple of months ago, we were hearing the term “herd immunity” a lot but it has vanished from the discourse completely. With the size and scale of infections, do you think attaining natural herd immunity is still possible? Or is this virus too smart to evade immune response by mutating quickly?

What is the course of the pandemic going to be in India now? Will there be more devastating waves like the one we are seeing now?

The second wave is nearing its peak. If it peaks soon, after eight weeks from the start, it should end in another eight weeks, by the end of June. If new variants with high transmission efficiency emerge, and if they are able to evade immunity, we could have a small third wave. However, at this time, predictions are more like wishful thinking. We must prepare for a third wave — even if it is unlikely.

What role do you think vaccines will play in controlling the pandemic and what do you think of the government’s vaccination policy so far?

How long do you think it will take for this pandemic to become endemic and become irrelevant — from a public health perspective — to some extent?

Unknown to many, we did enter the endemic phase for a full 10 weeks until it was broken by new mutants. For a few days in December 2020, all of January and February and more than a week in March 2021, India was in the endemic phase, with the daily average of cases not exceeding 20,000.

Once Phase 2 is over, we will again reach endemic phase — by last quarter of June is my “intelligent guess”. Even in the endemic phase, old persons and those with co-morbidity, cancers, chronic kidney disease, pregnancy etc. will be vulnerable to Covid-related problems. At least in them, Covid should be prevented by vaccination.