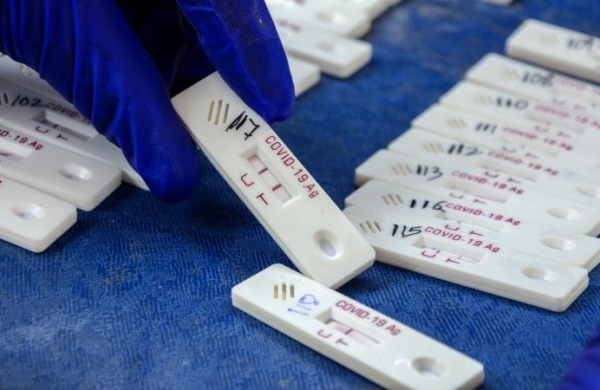 By PTI
BHOPAL: Madhya Pradesh Chief Minister Shivraj Singh Chouhan on Saturday announced that the coronavirus-induced restrictions in the state would be gradually relaxed from the next month.

“Our target is to free our state of COVID-19 by May 31. We will have to unlock the coronavirus-induced-curfew gradually from June 1. The world has to move but we will need to unlock in such a manner that COVID-19 doesn’t spread again,” he said at a meeting to review the coronavirus situation.

Lockdown-like restrictions to contain the spread of coronavirus infection — termed as `curfew’ by the state government — are in force in many cities and towns of MP.

In most of the districts including Bhopal they have been extended till May 31.

Several localities in major cities would already be free of COVID-19 infection, Chouhan said in the meeting, a video of which was tweeted by his official Twitter handle.

“Identify the spots where coronavirus infection is still present and make micro-containment zones. Infected persons should either be isolated at home or shifted to COVID Care Centres,”, the chief minister said.

The ongoing restrictions should be strictly implemented to break the chain of infection, Chouhan added.

The positivity rate of COVID-19 — the proportion of infections found among those tested — has come down to 4.82 per cent as of Saturday, he noted.

At the peak of the second wave in the state, the positivity rate had crossed 20 per cent.

In 79,737 tests conducted in the state on Saturday, 3,844 persons tested positive, while 9,327 patients were also given discharge during the day, the chief minister informed.

The recovery rate in the state has gone up to 90.86 percent, Chouhan added.

The third phase of `Kill-Corona’ campaign in the state will be completed on May 24 and the fourth phase should be started after that, he instructed.

Medical kits should be provided to every suspected COVID-19 patient with symptoms such as cold and cough, he said.

Meanwhile, a 55-year-old man who recovered from COVID-19 in Jabalpur has been detected with the white fungus or Aspergillu Flavus infection, making him the first to have the ailment in Madhya Pradesh, a health official said on Saturday.

The man was operated on May 17 after his headache and eye pain did not subside, and a test on Friday detected the white fungus infection in his nose, Netaji Subhash Chandra Bose Medical College’s ENT Department head Dr Kavita Sachdeva told PTI over phone.

White fungus is curable with medicines and does not need injections like Mucormycosis, better known as black fungus, not is it as deadly as the latter, she said.

Both affect people with uncontrolled sugar levels, Sachdeva said, adding that white fungus “is not rare and many people have been cured of it earlier”.

Meanwhile, MP Medical Education Minister Vishwas Sarang said the state had 650 confirmed cases of black fungus, a rare and dangerous fungal infection being found in people with COVID-19 as well as those who have recovered.

The state had recently declared black fungus a notified disease.

The state on Saturday saw 3,844 new COVID-19 cases and 89 casualties that raised the tally of infections to 7,60,963 and pushed the toll to 7,483, an official from the state health department said.

At least 9,327 patients were discharged from hospitals in the last 24 hours, taking the count of recoveries to 6,91,427, the official said.

Indore and Bhopal now have 9,432 and 9,773 active cases respectively, he said, adding that 62,053 patients are currently undergoing treatment in the state.

With the addition of 79,737 swab samples tested during the day, the total number of tests conducted in the state has crossed 92.28 lakh.