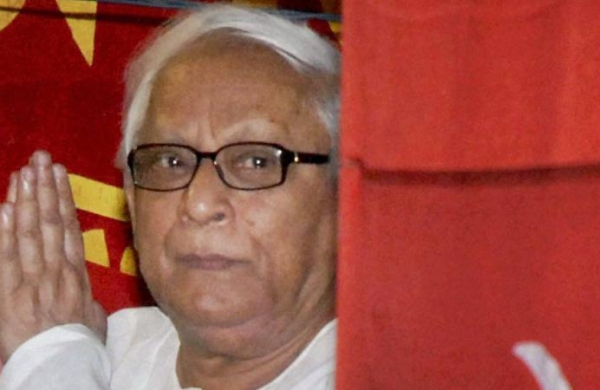 By PTI
KOLKATA: The health condition of former West Bengal chief minister Buddhadeb Bhattacharjee is stable though he continued to have shortness of breath and be in a state of drowsiness, an official said on Thursday.

Bhattacharjee (77), who is undergoing treatment at a private hospital after being diagnosed with COVID-19, is presently conscious, alert and talking, he said.

“Mr Bhattacharjee is stable but continues to be on BiPAP, requiring four litres of oxygen. His oxygen saturation is at 92 per cent and his blood pressure is also stable and his heart rate is 54 per minute,” the hospital official said in a statement.

“Doctors are continuing to inject Remdesvir and other supportive measures. He is taking food orally. His urine output is also satisfactory,” he added.

The veteran CPI(M) leader’s wife Mira Bhattacherjee, discharged from the hospital on Monday after recovery from COVID-19, was fine and stable, a senior official said.