COVID: Digvijaya, others booked for protest near Shivraj Chouhan’s residence 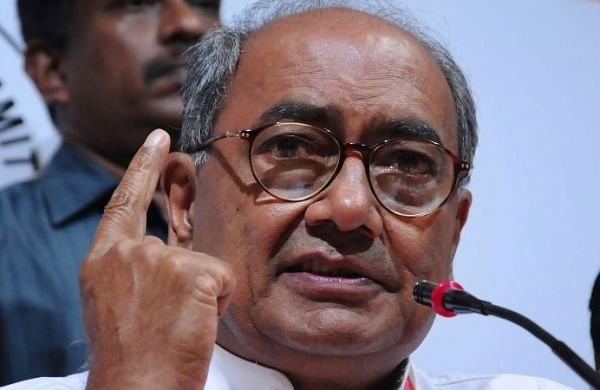 They were charged under Indian Penal Code section 188 (disobedience to order duly promulgated by a public servant) for holding a dharna, said Shyamla Hills police station in charge Tarun Bhati.

Singh on Friday staged a protest near CM Chouhan’s residence here to highlight the plight of the people affected by Tem and Suthalia irrigation projects, and had alleged that the latter was not giving him an appointment to discuss the matter.

Singh was marching towards the CM’s residence when police had stopped him, after which he began a sit-in protest on the spot.

The protest was called off some four hours later after Singh received an assurance of an appointment with the CM on Sunday.