Covid deaths continue to decline in Jharkhand; number dips to 37, lowest in May 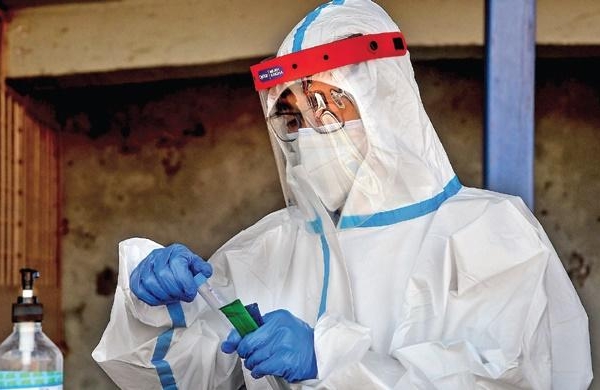 By PTI
RANCHI: Jharkhand continues to witness a declining trend in Covid-19 deaths amid signs that the second wave of the pandemic is ebbing, the state recorded 37 deaths in the last 24 hours, the lowest in May, the health department said in a bulletin on Monday.

Chief Minister Hemant Soren said that the daily infection rate has declined by 50 per cent from earlier times but till a single death takes place in the state, the war against the second wave will not be over.

The government is making all efforts to save both “livelihood and life” and will soon decide on extending the ongoing lockdown which is scheduled to come to an end on May 27.

The recovery rate among coronavirus patients in the state has seen significant improvement as it reached 92.63 per cent, better than the national average of 88.30 per cent.

The state had registered the highest number of 159 fatalities this month on May 2.

State capital Ranchi, which has been severely impacted by the virus, recorded 12 deaths during the last 24 hours while East Singhbhum saw nine fatalities.

The remaining deaths were reported from several other districts.

No fresh fatality has been reported from 12 of the 24 districts in the state.

However, the mortality rate in the state remained higher at 1.46 per cent than the national average of 1.10 per cent.

The state now has 19,499 active cases, while 3,06,080 patients have recovered from the infection, the bulletin said.

A look at the health bulletin of the state suggests that prominent cities of Jharkhand like Ranchi, East Singhbhum with headquarter at Jamshedpur, Bokaro and Hazaribag are witnessing high COVID-19 cases.

Restrictions with stricter provisions, including seven days mandatory quarantine for people visiting the state, are now in place.

The state has suspended the operation of intra- and inter-city bus services and put a cap on people attending weddings at 11 among others.

In a bid to protect its citizens from the deadly disease, Jharkhand government has constituted block level task forces besides launching a free vaccination drive for people in the age group of 18 to 44 years on May 14.

The state government could not roll out the inoculation drive for these people from May 1 as it was facing a shortage of vaccines.