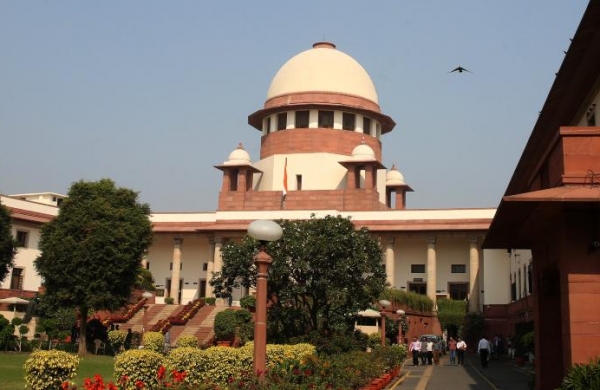 By PTI
NEW DELHI: The Supreme Court Friday expressed deep anguish over its criticism by some lawyers for “something which was not part of its order” in the suo motu case related to framing of national policy on the COVID-19 pandemic and said “this is how institution is being destroyed”.

A bench headed by Chief Justice S A Bobde, who is demitting office as the 47th CJI, lamented imputation of motive by some senior bar members while allowing senior advocate Harish Salve to withdraw as an amicus curiae from the case after he said that he did not want it to be decided under the shadow that he was friends with Justice Bobde from “school and college days”.

The bench, also comprising justices L Nageswara Rao and S Ravindra Bhat, took note on Thursday of the pandemic situation due to sudden surge in COVID-19 cases and mortality and said it expected the Centre to come out with a “national plan” to deal with distribution of essential services and supplies, including oxygen and drugs.

ALSO READ: I leave with the satisfaction that I did my best, says CJI SA Bobde

“You (SCBA President) have read the order. Is there any intention to transfer the case… Even before reading the order there was criticism about something which was not there in order. This is how institution is being destroyed,” the bench told senior advocate and SCBA President Vikas Singh.

At the outset of the proceedings conducted via video conferencing, the bench observed it did not stop high courts from hearing cases related to COVID-19 management in the country.

“We never said a word and did not stop the high courts. We asked the Centre to go to the high courts and report to them. What kind of perception are you talking about? Talk about these proceedings,” the bench told senior advocate Dushyant Dave.

“You have imputed motives to us without reading the order,” a visibly irked bench told Dave.

“Entire country thought that you will transfer,” Dave replied.

Did the order say so, the bench asked and fixed the case for hearing on April 27 as Solicitor General Tushar Mehta sought time for filing the Centre’s response to the notice issued on Thursday.

At the outset, Salve, appointed as the amicus to assist the bench in the case, urged the bench to allow him to withdraw from the case in view of “unfair” statements of some senior lawyers.

“We are also pained at reading what some senior lawyers have to say on Salve”s appointment as amicus in the matter,” the bench said, adding that it was a “collective decision” of all the judges at the bench.

Terming the case to be very “sensitive” and “important”, Salve said, “I do not want that the case be decided in this shadow on the ground that I knew the CJI from school and college. These kinds of allegations have been made.”

Salve referred to bitter language used by some lawyers on his appointment as the amicus and said, “I do not want any side show. The language of the narrative now is very different”.

CJI Bobde, on his last day at the bench, said, “We will honour your sentiments. The only thing is that now, we will have to start looking for some amicus curiae who we do not know in future. Unfortunately, I do not have any future in judiciary now.

“We were also pained at reading what some senior advocates have to say. But everyone is entitled to their own opinion”.

Solicitor General Tushar Mehta requested Salve not to withdraw from the case as the amicus on the ground that no one should succumb to such pressure tactics.

“We are not in a position to malign each other. I saw on digital media literally abusing…a counsel should not succumb to such tactics. Salve should reconsider,” the law officer said.

“My lord (the CJI) is retiring today. He deserves a loving farewell,” Mehta said.

Earlier on Thursday, the bench took note of the pandemic situation due to sudden surge in COVID-19 cases and mortality and said it expected the Centre to come out with a “national plan” to deal with distribution of essential services and supplies, including oxygen and drugs.

Observing that oxygen to patients infected with the virus is said to be an “essential part” of treatment, it had said it seemed that a certain amount of “panic” has been generated due to which people have approached several high courts seeking reliefs related to the prevailing situation.