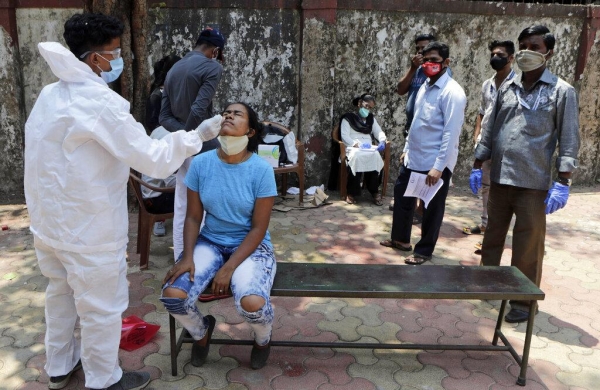 By Express News Service
NEW DELHI: As active Covid-19 cases in the country crossed 2-million mark on Tuesday morning, pushing healthcare infrastructure across states to their limits, the Centre asked the states to augment hospital infrastructure in advance for next three weeks.

The number of Covid deaths in the country reached 1,761 in the corresponding 24-hour period, the highest so for, taking total deaths to 1,80,350. The country now has 20,31,977 active cases while it has recorded 15.3 million confirmed cases so far, the second-highest after the US.

Union home and health secretaries Ajay Bhalla and Rajesh Bhushan, meanwhile, reviewed the pandemic status in Union Territories on Tuesday while noting that from 20,000 cases reported on January 1, India has been registering almost 10 times more cases daily since April 1.

Expressing concern over the worrying scenario, V K Paul, member, Niti Aayog and head of the national Covid task force, pointed out the criticality of next three weeks and suggested a survey to promptly identify  the infected people.

Some experts pointed out that many deaths could be averted.

“Many hospital beds are occupied by people who are in hospital as a precautionary measure. This also means that people with severe hypoxia will have to run in search of beds,” said public health researcher Oommen John.

These delays accelerate cytokine storm and even when they get a bed it would be too late, he pointed out. John further said in the absence of any coordinated mechanisms people will continue running pillar to post.

“This is completely avoidable if only a central response system is set-up.”