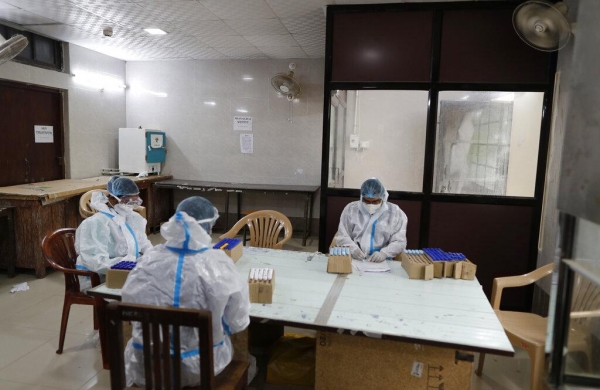 As of now while lactating women are indicated for COVID-19 vaccination but the government had not recommended these jabs for pregnant women due to lack of safety data in this cohort.

Government officials said that a decision on issuing clear cut guidelines on permitting Covid vaccination for pregnant women is set to be taken following recommendations by the National Technical Advisory Group on Immunisation, which were later evaluated by the National Expert Group on Vaccine Administration for Covid19.

“These groups discussed the benefit versus risk of Covid19 for women in all stages of pregnancies and concluded that pregnant women should have the option of opting for vaccinations,” said a senior official.

Another official in the health ministry said that as suggested by the expert groups, Covaxin may be recommended for Covishield as inactivated virus-based vaccines have traditionally been found safer for pregnant women.

In its May 28 meeting, NTAGI had said that pregnant women should be offered Covid19 vaccines with information about risks associated with the infection in pregnancy and benefits of vaccination.

“A member suggested to compare the risk of complication with exposure with the risk of clotting after Covishield vaccine,” say the minutes of the meeting.

Further it was suggested that the risk benefit ratio of administration of vaccine during the surge of pandemic in pregnant women has been thought of while recommending the Covid-19 vaccination for pregnant women and when the surge is coming down the risk may be monitored to see risk versus the benefits.

In addition, the safest type of Covid19 vaccines must be considered for pregnancy as it’s a matter of two lives, the expert group had said, adding that outcome of the pregnancy may also be taken into account while considering the risks.

It had also asked for studies to be put in place immediately to monitor the safety of Covishield and Covaxin among pregnant women.

Officials said that as per the suggestions, an educational tool comprising information on the risk of Covid 19 infection during pregnancy, benefits associated with the Covid-19 vaccination and rare complications associated with vaccines such as thrombosis and thrombocytopenia (associated with Covishield) will be developed and communicated to pregnant women before administering the vaccine.

NTAGI during its discussion last month had also highlighted a recent report of death of a pregnant woman vaccinated with AstraZeneca vaccine in Brazil, due to which the immunization program of pregnant women in Brazil was put on hold.

The development comes as an ICMR study released last week also showed that pregnant and postpartum women were more severely affected during the second Covid wave in India. While the symptomatic cases in this specific group were double at over 28 % during the second wave, as compared to the first wave, the mortalities too were significantly higher at 5.7 %, when compared to less than 1 % last year.

Meanwhile, More than 3.06 crore COVID-19 vaccine doses are still available with states and union territories and over 24.53 lakh doses will be received by them in the next three days, the Union health ministry said on Sunday.

It said that 29,10,54,050 vaccine doses have been provided to states and union territories (UTs) so far through the government of India’s free of cost channel and the direct state procurement category.

Of this, the total consumption, including wastage, is 26,04,19,412 doses, according to data available at 8 am on Sunday, the ministry said.

“Furthermore, more than 24,53,080 vaccine doses are in the pipeline and will be received by them within the next three days,” the ministry said.’

It said that as part of the nationwide vaccination drive, the government of India has been supporting states and UTs by providing them Covid vaccines free of cost.

In addition, the Centre has also been facilitating direct procurement of vaccines by states and UTs.

Vaccination is an integral pillar of the comprehensive strategy of the government for containment and management of the pandemic, along with ‘test, track, treat’ and Covid appropriate behaviour, the ministry said.

Implementation of the liberalized and accelerated Phase-3 strategy of Covid vaccination started from May 1.

Under the strategy, in every month 50 per cent of the total Central Drugs Laboratory (CDL) cleared vaccine doses of any manufacturer would be procured by the Centre.

It would continue to make these doses available to state governments totally free of cost as was being done earlier, the ministry said.