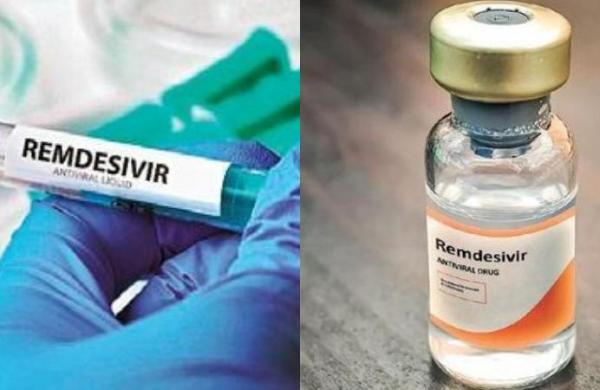 By Express News Service
BHOPAL: Long queues at medicine shops in Indore’s Dawa Bazar for the second straight day talks volumes about the shortage of the anti-viral life-saving Remdesivir injection in the city amid the pandemic.

Even as chief minister Shivraj Singh Chouhan had announced on Wednesday to develop SOPs and protocols for doctors and hospitals for using the life-saver injection to address shortage of supply, the unending queues outside the medicine shops in Indore narrated a different story amid the rapid rise in a number of new cases in the city.

“I’ve been waiting for the last two years and there are many dozen people before me in this queue. My father has been admitted at the Indore Trauma Hospital for the last three days, but I’ve managed to get only one injection since then. There have been people who have waited for several hours, but when they reached the counter in the evening, they were told that the injections stock just got exhausted,” a young Abhijit Singh waiting for his turn in the long queue said.

Middle-aged Sandhya Rege managed to get one injection for Rs 2000 after standing in queue for around six hours since 8.30 am. “My son has gone back to rectify the errors in one of the documents and am hopeful of getting another injection,” she said.

While some shops were selling the injection at higher prices ranging between 1200 to Rs 6000, other had put ‘Remdesivir Not Available’ stickers outside. In the wholesale market, the same injection is priced between Rs 750 and Rs 1000.

As per unconfirmed reports from Indore – the central Indian state’s COVID-19 hotspot – there is widespread hoarding and black-marketing of the anti-viral injection. Some shops are calling select customers, taking advance sum in the day time and rendering them the injections late at night at prices up to Rs 10,000.

According to Indore district collector Manish Singh, the administration is alive to the problem. “The Indian Medical Association (IMA-Indore) president Dr Satish Joshi had brainstormed with prominent doctors of the city for stopping indiscriminate use of the injection. Dr Joshi along with a team of doctors from the city will shortly develop a protocol for judicious use of Remdesivir injection only for critical patients at the hospitals,” he said.

With 898 new cases over the last 24 hours, Indore presently with 6563 cases is contributing over 25% of total cases in MP.