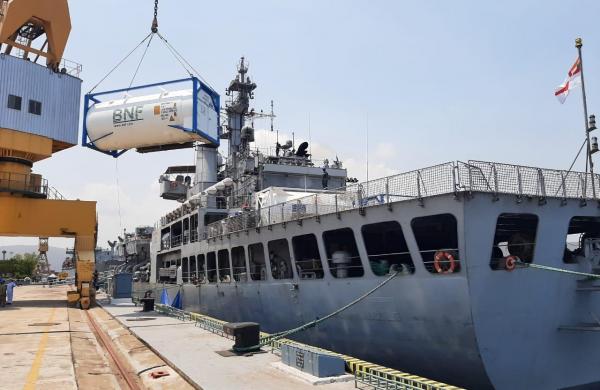 The navy has deployed its nine warships under Operation Samudra Setu-II.

Bahrain, Brunei, Qatar, Kuwait and Singapore are some of the friendly countries that made the supplies available.

As per the Indian Navy, the loading of oxygen containers and other medical supplies has also been planned on INS Tarkash, INS Shardul and INS Jalashwa from Doha, Kuwait and Muara, Brunei respectively in the coming days.

The Indian Navy launched Operation Samudra Setu-II to assist in the Covid fight on May 3.

Operation Samudra Setu had been launched last year by the Navy to rescue Indian citizens stranded in neighbouring countries amid the Covid-19 outbreak. Around 4,000 stranded citizens were successfully brought back to India.