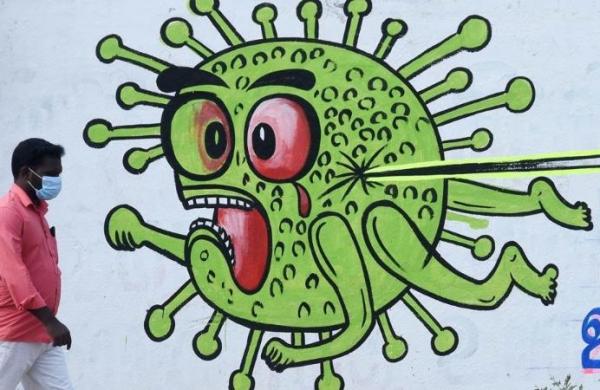 By PTI
NEW DELHI: The R-factor, which indicates the speed at which COVID-19 infection is spreading in the country, is climbing steadily with Kerala and the northeastern states occupying top spots fuelling worries about the pandemic rearing its head again.

Among the metro cities, the R-values of Pune and Delhi are close to one, suggests an analysis by researchers at the Institute of Mathematical Sciences in Chennai.

When the second wave of the COVID-19 infection was at its peak, the overall R-value in the country was estimated to be 1.37 between March 9 to April 21.

The R-value however rose to 0.88 from June 20 to July 7 and then to 0.95 from July 3-22. “India’s overall active cases are fluctuating too much to get a reliable estimate, but data is pointing at a value close to 1. It may tip over either way in the coming few days,” said Sitabhra Sinha of the Institute of Mathematical Sciences, who is leading the team.

The smaller the value of R is, the faster the disease is on the decline. Conversely, if R is greater than 1, the number of infected people is increasing in each round — technically, this is what is called the epidemic phase.

The bigger the number is than one, the faster the rate of spreading of the disease in the population. Kerala has the highest number of active cases and continues to have an R-value around 1.11. “So looks like it will remain in the top spot for the next couple of weeks. The Northeast continues to have a very bad situation with most states having R-value more than 1,” Sinha said.

The Union Health Ministry on Thursday said it will depute a six-member team to Kerala for effective COVID-19 management as the state reports a spike in daily cases. The team headed by National Centre for Disease Control Director SK Singh will reach Kerala on Friday and visit some districts reporting a high case positivity rate.

The high case positivity has remained a cause of concern at a time when the overall coronavirus numbers are on a decline in the country.

In the northeast, only Tripura has an R-value substantially lower than one while Manipur has gone only marginally below one. Among other states in India, Uttarakhand has an R-value very close to one at the moment.

Among the major cities, Pune appears to have an R-value greater than one while Delhi has a value close to one.