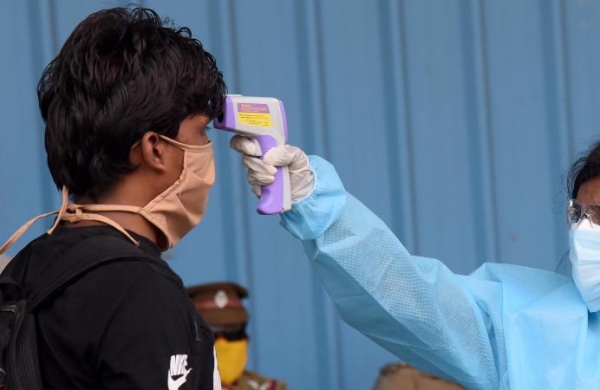 By PTI
SURAT: A person was found to have been infected with the South African variant of coronavirus while two others tested positive for its UK variant in Surat city of Gujarat on Tuesday, health officials said.

None of them had travel history and people should take precautions as these variants are more infectious, said an official.

Municipal Commissioner B N Pani tweeted about the new patients and appealed to the public to wear masks and take precautions including avoiding crowded places.

Surat had reported three patients with the UK variant of coronavirus earlier too.

Deputy Municipal Commissioner (Health) Dr Ashish Naik said all these six patients were from Surat and none of them had travel history.

“These are highly infectious strains, and hence people will have to take extra precaution,” he said.

The South African variant of SARS-CoV-2 emerged in mid-December, and was first reported in India in mid-February.

Meanwhile, as many as 127 new coronavirus cases were reported in Surat city on Tuesday, the highest in Gujarat, taking the total number of cases in the city to 41,556, while the death toll in the city stands at 850.