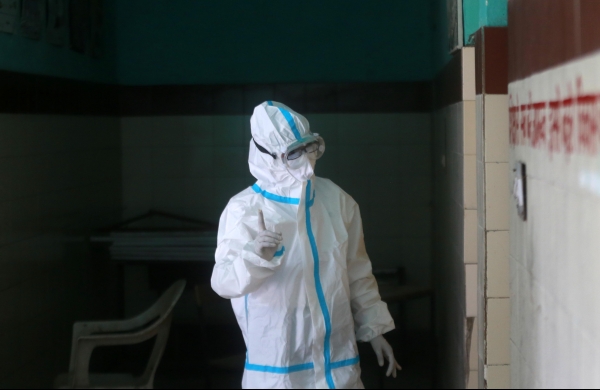 By PTI
NEW DELHI: India registered 8,635 new coronavirus infections in a day, the lowest in eight months, while the daily deaths fell below 100 after almost nine months, according to Union health ministry data updated on Tuesday.

The number of people who have recuperated from the disease surged to 1,04,48,406 pushing the national recovery rate to 97.05 per cent, while the COVID-19 case fatality rate has dropped to 1.43 per cent.

The COVID-19 active caseload remained below two lakh for the 14th consecutive day.

There are 1,63,353 active coronavirus infections in the country which comprise 1.52 per cent of the total caseload, the data stated.

According to the Indian Council of Medical Research, 19,77,52,057 samples have been tested up to February 1 with 6,59,422 samples being tested on Monday The 94 new fatalities include 27 from Maharashtra, 17 from Kerala, seven from Tamil Nadu, six from West Bengal, five from Chhattisgarh, four each from Uttarakhand, Haryana and Uttar Pradesh, and three each from Delhi, Karnataka and Puducherry.

The health ministry stressed that more than 70 per cent of the deaths occurred due to comorbidities.