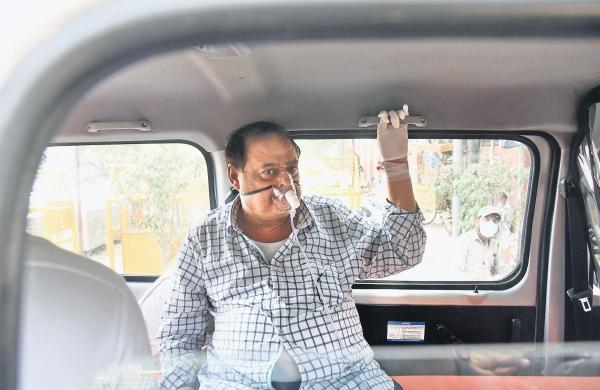 Express News Service
NEW DELHI:  The Supreme Court on Tuesday said that it cannot be a mute spectator to a national crisis as it asked the government to clarify the rationale on which Covid-19 vaccines are being priced in the country. It also sought details on the availability of medical oxygen and medicines for treatment of Covid patients. At the same time, the apex court reiterated that it never proposed to interdict the high courts.

“There are issues which transcend regional boundaries and if HCs have any difficulty in dealing with an issue due to territorial limitations, the SC will help.” The bench added that it does not aim to enter the domain of the executive either, and rather intends to provide suggestions and valid solutions.

A three-judge bench led by Justice D Y Chandrachud’s instructions to the Centre came on a suo motu cognisance hearing which the top court had taken last week after several high courts delivered orders regarding the Covid situation in their states.

The bench also named senior advocates Jaideep Gupta and Meenakshi Arora as amicus curaie in the case after senior advocate Harish Salve recused on being named.  It has now slated the case for further hearing on April 30 and asked Centre and states not to use the platform to recriminate each other.

“We expect that the matter will be conducted in cooperation. That is an appeal from us,” the bench said.During the hearing, the bench asked Solicitor General Tushar Mehta to examine the necessity of invoking the provisions of Patents Act to regulate prices of vaccines.

“Regarding pricing of Covid-19 vaccination, different manufacturers are quoting different prices. There are powers under the Patents Act. This is a pandemic and a national crisis,” Justice Bhat said. In its order, the court said the government should apprise it on the total availability of oxygen, and its current as well as projected demand and should detail in its affidavit the steps taken to ensure augmentation of oxygen supply, and the monitoring mechanism to ensure oxygen supply to states affected by shortage, among other things.