COVID-19: Antibodies significantly higher after seven days of vaccine among those who are seropositive 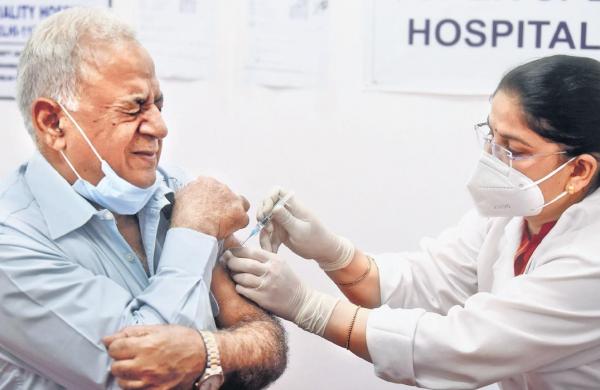 By PTI
NEW DELHI: The antibody response for COVID-19 was significantly higher after seven days among those who were seropositive after receiving the first dose of coronavirus vaccine, a study on 135 people who were inoculated has found.

Seropositive people are those who were infected at some point of time.

So there are high chances of prevalence of antibodies in them.

The study, conducted by the Council for Scientific and Industrial Research’s (CSIR) Institute of Genomics and Integrative Biology (IGIB) and Max Hospitals, found that seronegative people, who were administered the first dose of coronavirus vaccine, saw significant antibody levels after 14 days.

“It was observed that the antibody response at seven days, in the people who were seropositive, was significantly higher than the individuals who did not have antibodies prior to vaccination,” the paper said.

Shantanu Sengupta, scientist with the IGIB and one of the co-authors of the paper said the study started in the end of January in the Saket, Gurgaon and Shalimar Bagh branches of the Max Hospitals.

“Seropositivity is acting like a booster dose,” he said.

The inoculation process started on January 16, first for healthcare workers and later for frontline workers.

From March 1, it was expanded to include everyone above 60 years of age and those over 45 with co-morbidities.

“This preliminary study reassures the scientific world as well as community at large about our vaccination programme initiated by the government,” Sujit Jha from Max Hospitals, who is also a co-author of the paper, said.

“As the first study from India, it was assuring to observe an effective antibody response and outcomes which could derive policy measures for control of this pandemic. This should encourage more people to get vaccinated,” Sengupta added.