COVID-19: Active cases in India 1.65 per cent of total infections 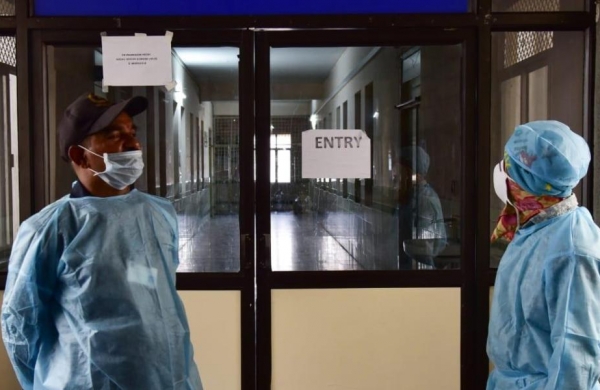 By PTI
New Delhi, Jan 27 (PTI) The daily COVID-19 recovered cases in India have been surpassing daily new cases from the last 20 days, while the total active cases stand at 1,76,498 comprising just 1.65 per cent of the total infections, the Union Health Ministry said on Wednesday.

A total of 12,689 daily new cases were added to the national tally during the same period.

“India has one of the lowest daily COVID-19 new cases per Million population (69) in the last 7 days,” the ministry highlighted.

These sustained encouraging results have been made possible with the Centre-led proactive and calibrated strategy of test, track, treat technology, the ministry underlined.

Early identification through high and aggressive testing, prompt surveillance and tracking, supervised home isolation combined with high-quality medical care through Standard of Care protocol issued by the Centre have aided the sustained high number of recoveries, it stated.

There has been continued focus of the Union and state and UT governments on improved and effective clinical treatment in hospitals, supervised home isolation, use of non-invasive oxygen support, use of steroids, anticoagulants, and improved services of the ambulances for ferrying patients for prompt and timely treatment.

The Union government has supported the state and UT governments with sufficient quantity of ventilators, PPE kits, drugs, etc.

Tireless efforts of ASHA workers have ensured effective surveillance and tracking progress of the patients in supervised home isolation, the ministry underscored.

The ‘eSanjeevani’ digital platform has enabled telemedicine services which have been successful in containing the spread of COVID while simultaneously enabling provisions for non-COVID essential healthcare.

The Centre has also focussed on building the clinical management capacities of the doctors manning the ICUs.

The ‘National e-ICU on COVID-19 Management’exercise conducted by domain experts from AIIMS, New Delhi has substantially helped in this.

As on January 27, more than 20 lakh (20,29,480)beneficiaries have received the shots under the countrywide COVID-19 vaccination exercise.

It said that 84.52 per cent of the new recovered cases are observed to be concentrated in 9 states and UTs.

A total of 2,106 people recovered in Maharashtra in a span of 24 hours followed by 738 in Karnataka.

Over 84 per cent of the new cases are from 7 states and UTs.

Kerala continues to report the highest daily new cases at 6,293.

It is followed by Maharashtra with 2,405, while Karnataka reported 529 new cases.

Seven states and UTs account for 83.94 per cent of the new deaths. Maharashtra saw the maximum casualties (47).

Kerala follows with 19 daily deaths and Chhattisgarh with 14. “India has has reported only 1 death per million population in the last seven days,” the ministry said.