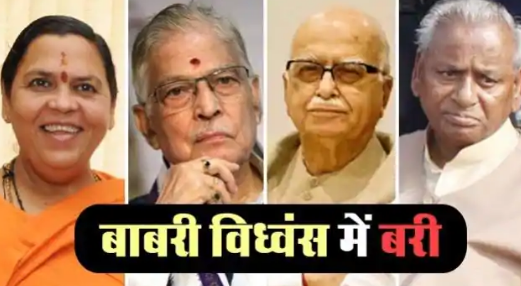 On December 6, 1992, a special court of Judge Surendra Kumar Yadav pronounced his verdict after 28 years in the criminal case of demolishing the disputed structure in Ayodhya. The judge read the verdict stating that the demolition was not a pre-planned but an accidental event. The special court has acquitted LK Advani, Murali Manohar Joshi and Kalyan Singh all the accused.

In this case, 49 people were accused. Of this, 17 have died. Lawyers for the CBI and the accused have filed a written debate of about eight hundred pages. Earlier, CBI has produced 351 witnesses and more than 600 documentary evidence. On September 30, 2019, Surendra Kumar Yadav retired from the post of District Judge, Lucknow, but the service was extended till the Supreme Court gave his verdict. The final decision of the tenure of Special Judge Surendra Kumar Yadav will be taken on September 30. According to CBI lawyer Lalit Singh, this is the longest trial of any trial in his judicial life. He has been hearing the case since 2015. Defense Minister Rajnath Singh tweeted: I welcome the decision of the special court of Lucknow not to join any conspiracy of 32 people including Shri LK Advani, Shri Kalyan Singh, Dr. Murali Manohar Joshi, Umaji in Babri Masjid demolition case. I am It has been proved by this decision that justice has been won by the late justice.