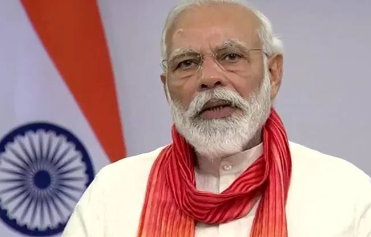 A Modi was named in the suit along with 13 others by British nationals Imran and Shirin Dawood in 2004. They were seeking compensation for the deaths of their relatives Saeed Dawood, Shakeel Dawood and Mohammed Aswat, who were attacked near Prantij and killed on February 28, 2002 while travelling from Jaipur to Navsari.
An application was filed requesting the court to drop Modi’s name on the grounds that while the state can be held liable for such an incident, Modi cannot be held personally liable. It was argued that Modi’s name was added without any reason and continuing with his name was not required for the alleged tortious acts of other officers. It stated political allegations had been made against Modi but the Nanavati Commission had exonerated him.court in Sabarkantha district on Saturday dropped PM Modi’s name from a suit filed by a British family seeking Rs 23 crore as compensation for the killing of three of their relatives during the 2002 post-Godhra riots. Modi was CM of the state at that time.
The plaintiff should have given reasonable grounds for arraying Modi, the court said, adding that removal of Modi’s name wouldn’t affect the plaintiffs’ claims to damages. While removing Modi’s name, the principal civil judge of Prantij court, S K Gadhavi, said, “A bare reading of the plaint makes it further evident that bald allegations are made against defendant No 1 (Modi), which resulted into (sic) the incident in question… In my view, such reckless allegations without any basis, i.e. evidence, can hardly establish any nexus or help in raising cause of action against defendant No 1.”

CM Shri Chouhan calls on by representatives of Swarnkar Samaj