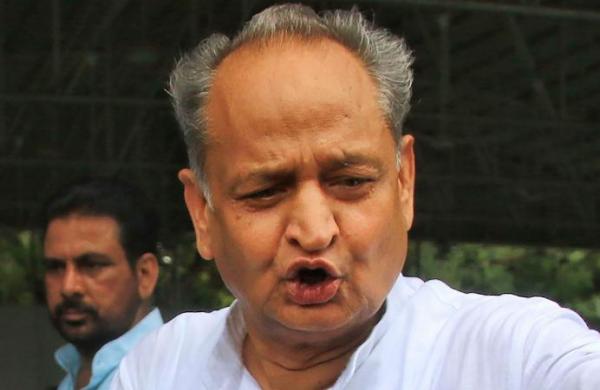 By PTI
JAIPUR: Rajasthan Chief Minister Ashok Gehlot Tuesday alleged the country’s democracy was under threat, claiming that institutions like the judiciary, Election Commission, Enforcement Directorate, CBI and Income Tax Department were “working under pressure” of the Central government.

In a video message in support of the ‘Join Congress Social Media’ campaign, he alleged the RSS and the BJP for the past 50 years have been “working to tarnish the image” of Congress leaders like Indira Gandhi, Rajiv Gandhi, Sonia Gandhi and also Rahul Gandhi.

“Democracy in the country is under threat. The judiciary, the ED, the CBI, the Income Tax Department, the Election Commission, all are working under pressure of the NDA government. Intellectuals, farmers and other sections of the society are concerned about the future of the country,” he said.

The ‘Join Congress Social Media’ campaign was launched in Delhi Monday with an aim to have five lakh online “warriors” across the country to counter hate and “defend the idea of India”.

The campaign started in the state on Tuesday.

In his video message, Gehlot appealed to youths to join the movement, saying the party has always promoted young people, and many of those who are in the leadership position today — whether in the All India Congress Committee or as chief ministers — started out either as Youth Congress members or had joined the party’s student wing NSUI in the 70s.

Citing his own example, Gehlot said he started with the NSUI and became union minister thrice, AICC general secretary as many times and is serving his third term as the chief minister.

He said that the campaign was important in reaching out to the masses at a time when there is pressure on the mainstream media.

Rajasthan Pradesh Congress Committee chief Govind Dotasra alleged the mainstream media was working under pressure of the Modi government, and therefore, the social media campaign will play an important role in shaping the party.