CoronaVirus India: The highest number of cases in the world came to India in the month of August, in a few days will be ahead of Brazil. 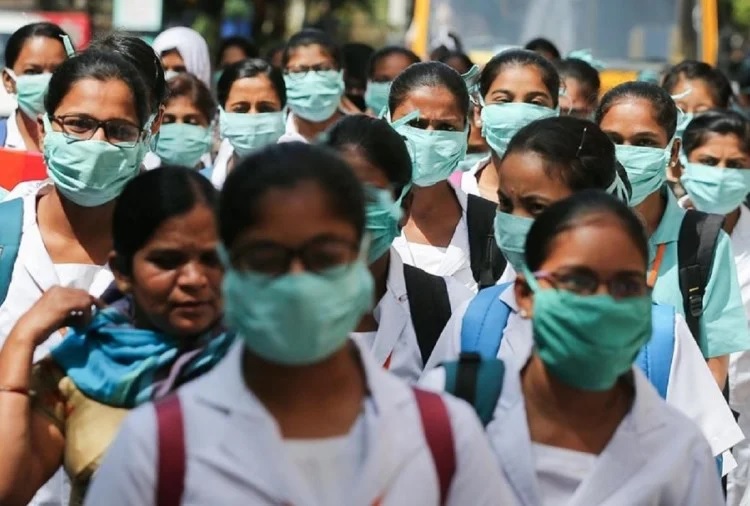 The ever increasing cases of corona in the country have raised the concern of the government as well as the countrymen. For the last nine days more than 50 thousand cases are being registered. According to the data released by the Ministry of Health, for the first time more than 60 thousand cases were reported on Friday and 886 patients died. At present, the total number of corona cases in the country is more than 20 lakh 27 thousand.
According to the data, the highest number of new cases have been reported in India in the month of August. In this case, India has also left behind America and Brazil. However, India is still at number three in terms of death.
In the first six days of August, 3,28,903 new cases were registered in India, while 3,26,111 new cases were reported in America and 2,51,264 in Brazil. These figures are according to the Worldometer. In these six days, there have been four days when the highest number of corona cases were found in India. The highest number of new cases in the world were reported in India on August 2, 3, 5 and 6. On Thursday itself, the number of infected in India has crossed 20 lakh, which is the fastest growth in cases reaching 10 lakh to 20 lakh as compared to the three countries. In India, the rate of increase in infection is 3.1 percent, which is also higher than the US and Brazil at the level of 2 million (current level).

If we look at the death figures, in Brazil and America, more than 6,000 people died in August, while in India 5,075 people died.

On Friday, more than 10,000 cases were reported in Maharashtra and more than 300 patients died. With this, the total number of infections in Maharashtra increased to 4,90,262. If the pace keeps increasing in the same way, this figure will cross five lakh on Saturday itself. Apart from this, more than 17 thousand people have been killed here so far. At the same time, less than 1000 cases were registered in Mumbai on Friday. The graph in Mumbai shows that the situation has recovered a bit here. This is the lowest in the last 10 days.

Will India be at the forefront within 30 days?
With the pace of infection increasing, it seems that India will be the largest country with the number of infected people. According to the John Hopkins Corona Resource Center, there are currently 48 lakh 83,657 patients in the US. Similarly, there are 29,12,212 patients in Brazil. If the country gets 1.5 million patients within 30 days, then Brazil will be left behind.