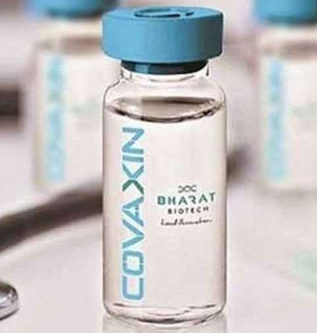 We have spent almost a whole year under the shadow of the Corona virus. In such a situation, everyone’s eyes are set on the corona vaccine. In India too, the number of Kovid patients has crossed 86 lakh. Apart from the patients, there is a big problem facing the Government of India. The system is facing a big challenge in the preparation of vaccine storage in the country.

The special thing is that the corona vaccine requires a temperature of -70 ° C for storage. Dr. AIIMS director Randeep Guleria says that keeping the vaccine in such a low temperature is a big challenge in India. This challenge is especially big in rural areas of the country. Because it is very difficult to prepare such a cold environment in these areas. It is worth noting that Pfizer, which has gained an edge in the vaccine race, has announced that their vaccine has been effective 90 percent.

Media reports show that preparations have begun regarding the cold chain in the country. At the same time, Congress leader Rahul Gandhi is questioning the government’s preparedness for vaccine storage. Rahul has claimed that the transportation of the vaccine requires a temperature of -70 and no such facility is available in the country. However, media reports indicate that no agreement has been reached between the US company Pfizer and German company Biotech on this vaccine, but the central government is in the process of preparing it. The health ministry has indicated this on Tuesday.