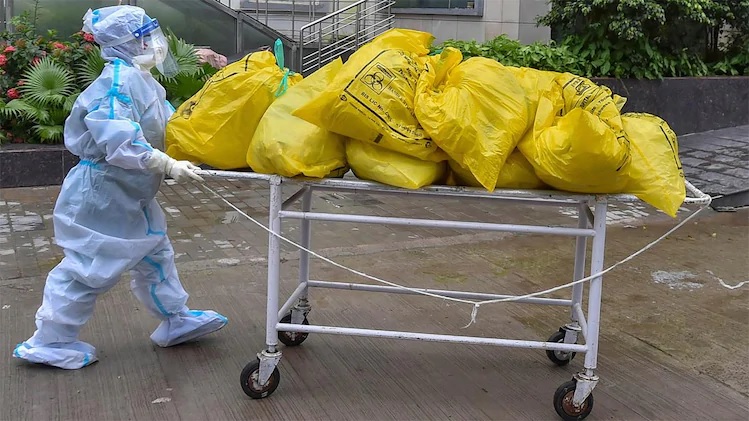 In the last 24 hours in India, a record 77,266 new cases of Corona have been reported in India. This is the biggest boom yet. Never before have so many Corona cases come in a day.

The number of new corona patients in India is creating new records every day. In the last 24 hours, a record 77,266 new cases of Corona have been reported in India. This is the biggest boom yet. Never before have so many Corona cases come in a day. Apart from this, 1,057 patients have died due to this epidemic in the last 24 hours. The total number of corona cases in the country has reached 33,87,501. In this 7,42,023 cases are active and 25,83,948 people have recovered and returned home. At the same time, 61,529 people have lost their lives due to Corona.

The highest number of 1840 cases of one day of Kovid-19 in the capital Delhi were reported on Thursday. With this, the total cases in the city increased to more than 1.67 lakhs, while the number of people who died due to this epidemic has increased to 4,369. In the last 24 hours, 22 people have died.

According to NSG jawan infected
Gurugram district administration, the NSG jawans there have also been corona infected. Nearly 15 jawans have been found corona positive in NSG Manesar. However, the corona recovery rate in Gurugram is more than 91 percent. According to the administration, all the corona patients will once again be given for 14 days in Corentine.

The Jammu and Kashmir government has taken a big decision regarding Corona. According to the government, all infected patients will remain in home isolation.

As of August 27, a total of 3,94,77,848 sample tests have been conducted in India, of which 9,01,338 sample tests were conducted on Thursday. This information has been given by the Indian Council of Medical Research (ICMR).

Union minister Krishnapal Gurjar has been found infected with the corona virus in the investigation. His name has also been included in the Modi government ministers who have been suffering from Kovid-19. The 63-year-old MP from Faridabad, Haryana, disclosed this on Twitter on Thursday and requested all the people who came in contact with him to get Kovid-19 checked recently.