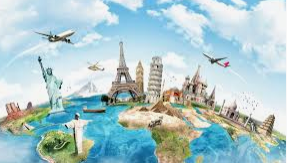 The UN chief said that one in every 10 people on earth has got employment in this area. He said that this region not only helps the economies to grow, but through this people get an opportunity to know the culture of the world and enjoy the natural beauty. Through this, people get a chance to know each other. Gutares said that in the first five months of 2020, the international tourist movement has decreased by more than 50 percent due to the epidemic. The income of the region has been badly affected.