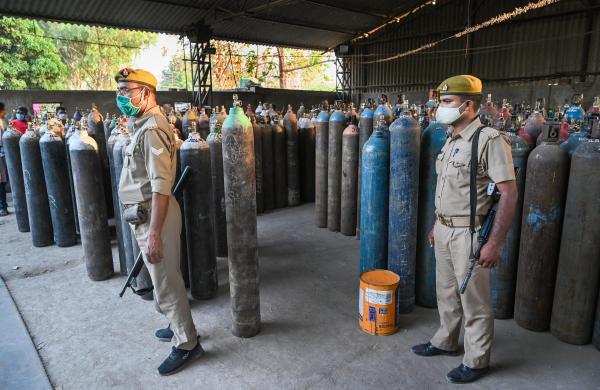 By PTI
CHANDIGARH: A tanker carrying liquid oxygen, which was travelling from Panipat to Sirsa in Haryana, has gone missing after which police have registered a case and launched investigations.

Panipat police said on Friday a case has been lodged on the complaint of district drug controller.

After being filled with liquid oxygen from Panipat plant on Wednesday, the truck had left for Sirsa, but it did not reach the destination, Station House Officer (SHO), Matlauda, Panipat, Manjeet Singh said.

“We are investigating the matter,” he said.

The demand for medical oxygen has escalated due to a surge in coronavirus cases.

In another incident, Haryana minister Anil Vij had on Wednesday alleged that a tanker carrying medical oxygen for COVID patients in hospitals, which was going from Panipat to Faridabad, was ”looted” by the Delhi government when it was passing through their territory.