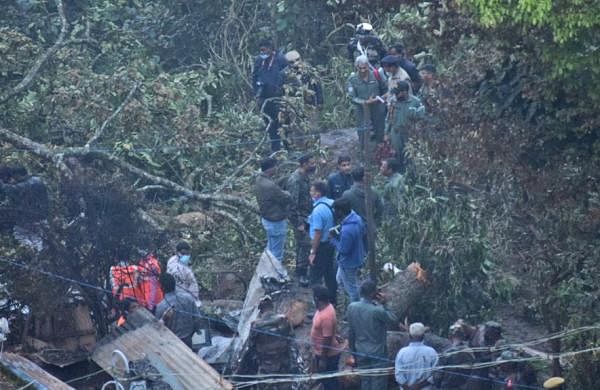 NEW DELHI: The Mi-17V5 helicopter crash near Coonoor in Tamil Nadu that killed Chief of Defence Staff (CDS) General Bipin Rawat, his wife Madhulika and 11 others brought back memories of a 1963 chopper accident in which six officers were killed in Jammu and Kashmir’s Poonch.

The crash in Poonch is considered as one of the major air accidents in the country’s military aviation history.

The crash in Coonoor is also a grim reminder of the 1952 Devon crash near Lucknow, in which the Indian Army’s top leadership could have been lost.

Both of them went on to become Army chiefs.

The pilot of the Devon aircraft, Flight Lieutenant Suhas Biswas, was conferred with the Ashoka Chakra, the highest peacetime gallantry award, for his presence of mind in averting any loss of lives.

In 2019, former Northern Army commander Lieutenant General Ranbir Singh and eight other armed forces personnel were injured in a chopper crash in the Poonch sector.

The lone survivor in the Coonor crash, Group Captain Varun Singh, is currently under treatment at a military hospital in Wellington.

Rawat had survived a helicopter crash in 2015, when he was a lieutenant general.

The CDS was scheduled to deliver a lecture at the Defence Services Staff College in Wellington.

Those killed in the crash included Brigadier LS Lidder, the military adviser to the CDS, and staff officer Lieutenant Colonel Harjinder Singh.