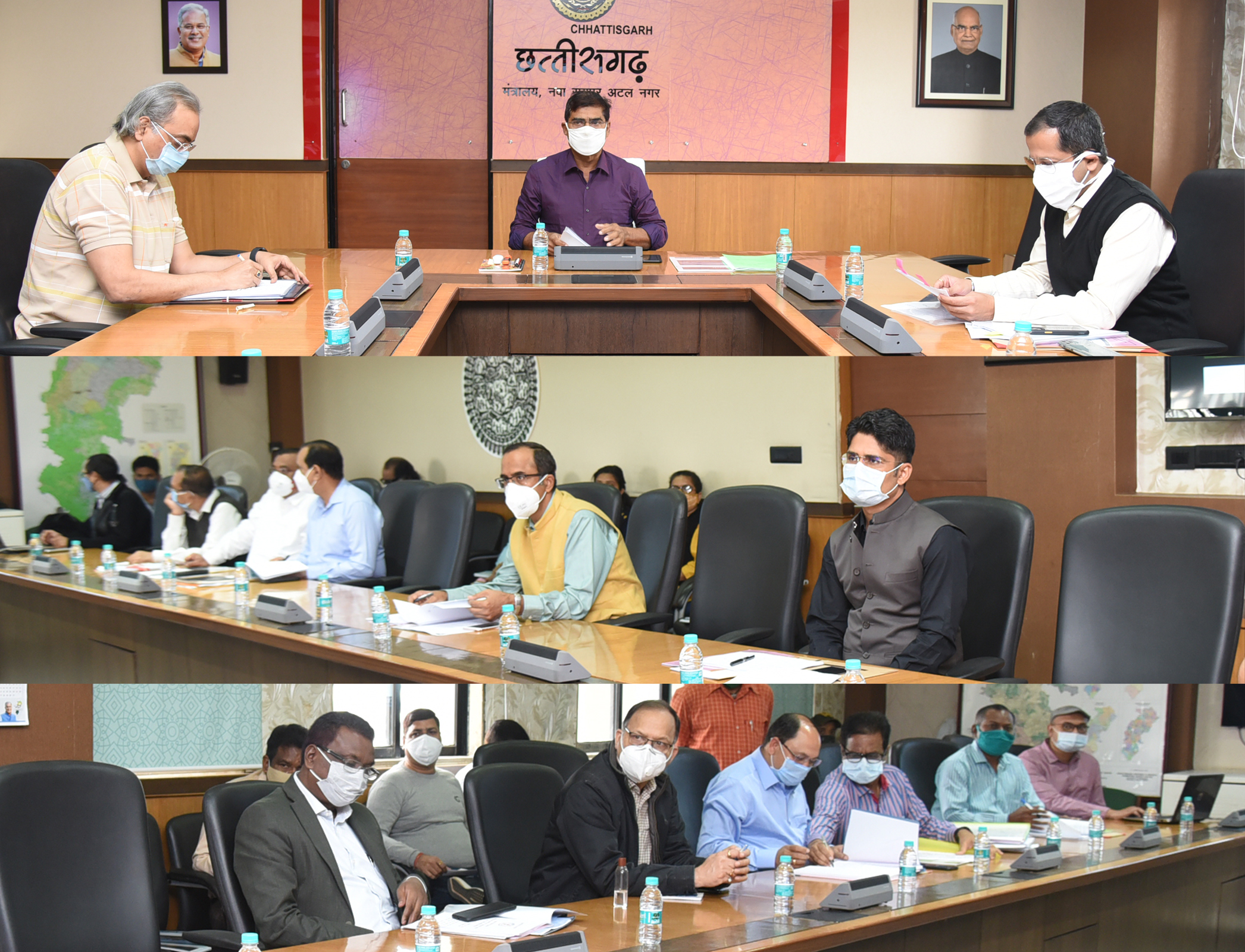 Chief Secretary Shri R.P. A meeting of the Project Construction and Implementation Committee was held at Mantralaya Mahanadi Bhavan here today under the chairmanship of the Board. The meeting approved the proposal of the new assembly building to be constructed mainly by the Public Works Department in Sector-19 of Nava Raipur and the Kharang-Ahiran Reservoir Project and Chapratola Feeder Reservoir Project in Bilaspur District by the Water Resources Department.

Secretary of Water Resources Department Shri Avinash Champawat gave information about two major projects of the department. He informed that the Kharang Ahiran Link reservoir is to be built on the river Ahiran in Bilaspur district at a cost of Rs 720 crore 52 lakh. For this, water from rivers will be brought to the reservoir through underground ground pipes. The water collected in this reservoir will be used to supply drinking water in the cities of Bilaspur and Ratanpur. Besides, irrigation facility will also be available for 56285 hectare area of ​​208 villages situated along the rivers. Shri Champawat informed about the proposed Chhapratola feeder reservoir on Arpa river in Bilaspur district due to the problem of drinking water supply due to the fall in ground water in the surrounding areas of Arpa river between October and May from the construction of the reservoir. Will get liberation. Also, water flow and environmental balance will remain throughout the year. The construction of the project will cost around Rs 968 crore 56 lakh. The project will be sent to the Government of India for approval under the National River Conservation Plan. Chief Secretary Shri Mandal has given instructions to survey and arrange in detail about villages, families, agricultural land, forest land, private land, fallow land, government land, etc. which are affected as submerged area due to construction of the project. .
Principal Secretary Planning and Economic Statistics Department Mr. Gaurav Dwivedi, Principal Secretary Forest Department Mr. Manoj Kumar Pingua and senior officers of departments were present in the meeting. Additional Chief Secretary Finance Department Shri Amitabh Jain also attended the meeting through video conferencing.