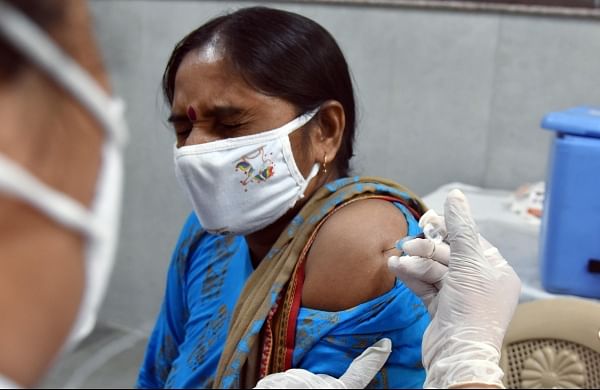 MUMBAI: The Bombay High Court on Thursday asked the Maharashtra government to think about identifying and separating those who have taken both doses of COVID-19 vaccine from the rest, and provide a “common card” to the fully inoculated people to allow them unrestricted travel and work.

The court said the state government should consider allowing people who have received both doses of the anti-COVID-19 vaccine to travel by local trains, and carry on with activities that were permitted before the pandemic.

A bench of Chief Justice Dipankar Datta and Justice G S Kulkarni also said the state and the Union government must consider issuing a “common card” that identifies a citizen as fully vaccinated against COVID-19 and permits him or her to travel and work unrestrained.

The bench was presiding over a bunch of public interest litigations seeking permission for lawyers, judicial clerks and staff, journalists, and other fully vaccinated people to travel in local trains in Mumbai.

Advocate General Ashutosh Kumbhakoni, who appeared for the Maharashtra government, told the HC that a letter from the State Disaster Management Authority will be issued for lawyers and registered judicial clerks, based on which the Railways will issue them passes permitting local train travel.

The bench then referred to an interview with Maharashtra COVID-19 task force member Dr Shashank Joshi, published in a newspaper in the morning.

Dr Joshi said in the interview that the state was yet to achieve the target of fully vaccinating at least 70 per cent of its population.

He said one-third of Maharashtra’s population was still highly susceptible to getting infected by the coronavirus, and unrestricted local train travel, even for the fully vaccinated, could not be permitted yet as identifying the fully vaccinated was cumbersome, according to the HC.

“If Dr Joshi says it can be done (train travel) subject to identification, it is for the state and the Centre to identify the fully vaccinated (people),” the HC said.

“One-third of the population is still susceptible to the virus. Then, this one-third population should be separated from the two-third, or from the fully vaccinated. At least provide them with a card identifying them as fully vaccinated,” the HC said.

“You can have a common card that can be used as an ID for everything allowed for the fully vaccinated, even foreign travel,” the HC said.

Kumbhakoni, and Additional Solicitor General Anil Singh, who appeared for the Union government, said they will discuss the idea of a common card.

The court directed the Maharashtra government to file an affidavit by August 12, submitting the proposed plan for permitting fully vaccinated citizens the use of local trains in the city.

It said it will consider all other issues raised in the above PILs on August 16.

“As we celebrate the country’s independence on the 15th, let us hope on 16th we will get independence from all these issues too (restrictions on travel, trade imposed in the state in view of the pandemic),” the HC said.

The court also suggested that the Maharashtra government constitute an expert administrative body to look into citizens’ grievances on subjects such as local commute, public transport, and other social issues.

“You can’t compare Mumbai with any other city in this state. Its complexion is totally different. It is a city with special needs, so why not constitute an expert committee to consider local train travel, other social issues so that citizens are not forced to approach the HC for everything,” the high court said.

“Let the state machinery be geared up to tackle these different issues affecting your citizens,” it said.