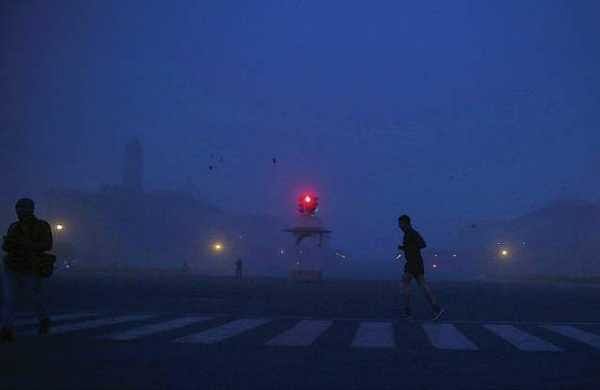 NEW DELHI: The Commission for Air Quality Management (CAQM) on Sunday advised Haryana, Rajasthan and Uttar Pradesh to consider implementing restrictions — including closure of schools along with construction and demolition activities — as announced by the Delhi government to contain spiralling air pollution levels.

The state governments and district administrations in the National Capital Region have also been suggested to issue a “citizen charter/advisory” for the public on steps that need to be taken during various stages of the Graded Response Action Plan (GRAP).

On Saturday, the Delhi government announced closure of physical classes in schools, colleges and other educational institutions for a week from Monday.

All government offices, agencies and autonomous bodies, except those involved in essential services, have been asked to work from home.

No construction and demolition activity is allowed in the capital till November 17.

At an emergency meeting, the CAQM advised the governments of Haryana, Rajasthan and Uttar Pradesh to “consider similar restrictions/regulations in the respective NCR districts as implemented by GNCTD through its order on November 13 which includes, inter alia, closure of schools up to November 20 and closure of C&D activities from November 14 to 17”, a statement said.

The commission asked the states and agencies concerned to be in complete readiness for implementing “emergency measures” as listed under GRAP.

The measures to be taken in the “emergency” situation include stopping entry of trucks in Delhi, ban on construction activities and introduction of the odd-even car rationing scheme.

The commission also said the adverse air quality scenario in Delhi-NCR was also “greatly impacted by a dust storm moving in from the South-Westerly directions of the Thar desert which brought in huge quantities of dust that further amplified the PM2.5 and PM10 levels significantly”.