Congress will form next government in Goa, says Michael Lobo 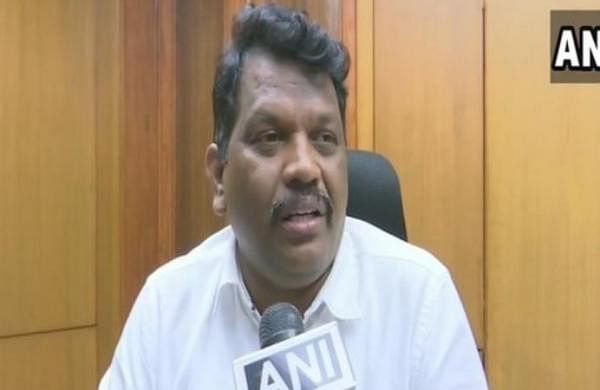 PANAJI: Congress leader and former Goa minister Michael Lobo on Thursday expressed confidence that the party will form the government in the state by dislodging the BJP after the Assembly poll results come out on March 10, and dismissed speculations that the Sonia Gandhi-led party will split in the coastal state.

Addressing a press conference in the presence of Leader of Opposition Digmbar Kamat and Goa Congress chief Girish Chodankar, Lobo also dismissed rumours that the top BJP leadership was in touch with him to switch over after the results next week.

“If the results are out by 3 pm on March 10, the Congress will form the government by 5 pm,” he claimed.

Lobo, who joined the Congress in January this year after quitting the BJP-led state cabinet, said the people of Goa knew who was making false claims about him.

“Don’t fall prey to such rumors. Nobody will leave the Congress. Let the BJP try pressure tactics also by using the Enforcement Directorate and other agencies. We all are united and will not leave the Congress,” he asserted.

Lobo said the Congress will provide a stable government in the state.

“The BJP will be in the opposition and we are confident about it,” he said.

Lobo claimed leaders of other parties in the state were in touch with the Congress.

“They are not interested in supporting the BJP. Not a single independent MLA or the Maharashtrawadi Gomantak Party will go near the BJP, as it back-stabbed the MGP. Nobody trusts them now,” Lobo claimed.

The Congress leader said on March 10, the people of the state would be happy after “liberation from the BJP”.

After the 2017 Goa Assembly polls, the Congress had emerged as the single party by winning 17 seats in the 40-member House.

However, the BJP, which bagged 13 seats, then quickly tied-up with some regional outfits, including the MGP, and independents to form government.

Over the last five years, several Congress leaders quit the party and its strength in the Assembly was reduced to two.

Polls to elect the new state Assembly were held on February 14 this year and the counting of votes would be done on March 10.