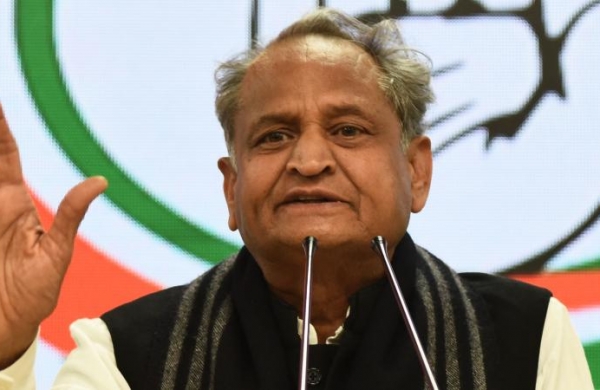 By PTI
JAIPUR: Rajasthan Chief Minister Ashok Gehlot has exuded confidence that the Congress will return to power in the state in the 2023 Assembly polls.

“Forget, forgive and unite. There is no dearth of development work in the state. The work will continue like this….Have faith. All of you will win (in the election) and the Congress will form the government in 2023,” Gehlot said during an informal meeting with party MLAs at his residence on Thursday night.

The chief minister also announced that Rs 3 crore per MLA will be released for COVID-19 vaccination. The amount was withheld earlier. According to the chief whip in the state Assembly, Mahesh Joshi, Gehlot said, “I have said this before and still say that I will work as the guardian for everyone. Whatever work you want, get it done from me.”

AICC in-charge of Rajasthan Ajay Maken said, “I have not seen such a spectacular performance of the government and the MLAs anywhere else.” Ahead of an expected cabinet reshuffle, Maken concluded his talks with the party legislators to take feedback on the performance of the Congress government in the state.

He held one-on-one meetings with 49 MLAs from 20 districts on Thursday. During his two-day tour of the state, Maken met 115 legislators. He will submit a report to the party high-command in New Delhi. The Congress came to power in the state in December 2018 and has completed almost a half of its term.

The ruling party has 106 MLAs in the 200-member Rajasthan Assembly. Apart from this, the government has the support of 13 Independent MLAs. Ahead of the expected cabinet rejig, Congress general secretaries Maken and K C Venugopal held a discussion with Gehlot last Saturday.

Sources in the Congress said the leaders have decided to leave the decision of cabinet expansion to the party high-command. They said Maken would hold a meeting with the state Congress office-bearers on Friday. Gehlot is likely to host a lunch for the party’s state executive members.